ConnectWise Warns MSPs: Get Serious About Security Soon or Else 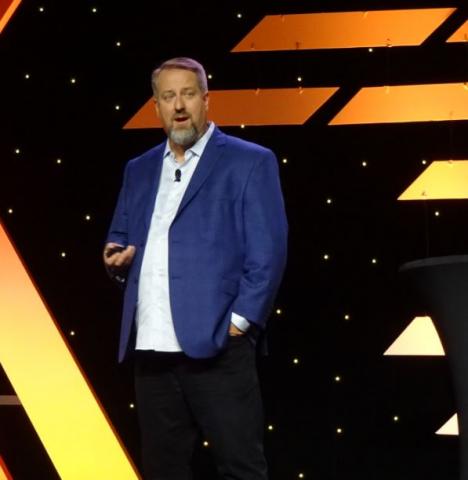 Speaking at the vendor’s IT Nation Secure event today, VP of Cybersecurity Initiatives Jay Ryerse (pictured) warned attendees that channel pros without security expertise are losing clients to more skilled peers in a process set to accelerate in the years ahead. By Rich Freeman
Tweet

“2021 is the year of security, and they don’t have a choice but to engage or they’re going to start losing clients over it,” said Jay Ryerse, ConnectWise’s vice president of cybersecurity initiatives.

Ryerse spoke with ChannelPro this morning at its IT Nation Secure event, which is being attended this week by some 1,800 people online and another 500 live in Orlando. ConnectWise announced the introduction of a new threat research organization and the hiring of Forcepoint, Sophos, and Splunk veteran Raffael Marty as its new senior vice president of product management for cybersecurity at the show today too.

To underscore how urgent a requirement security expertise has become for channel pros, ConnectWise published research this morning showing that 92% of SMBs worldwide would consider hiring or switching to an MSP with an effective security offering, and that those organizations would willingly pay an average of 34% more for such a service. That’s up from 25% in just the nine months since the publication of a similar study last September.

Results from the new survey make clear why business owners are increasingly willing to spend more on security too. Three-fourths of them agree that the added complexity of having a remote workforce has left them less safe and 32% of them have suffered a security attack in the past 12 months, versus 25% in last year’s report. On average, those incidents did $104,296 in damage.

Worse yet, only 7% of SMBs that use an MSP are having regular security-related conversations with that partner, down from 13% last year. That figure, according to Ryerse, gets to the heart of why breaches are up and IT providers with security know-how are winning clients from less experienced competitors. Until MSPs become diligent about having informed, ongoing conversations with customers about risks, frameworks, and remedies, threat actors will have the upper hand with SMBs and SMBs will have few qualms about jumping ship to a more skilled IT partner.

“The community thinks that they’re talking about products and that’s a cybersecurity conversation, but it’s not,” Ryerse says.

This week’s event, named after the partner community ConnectWise created last year, is one component of a larger initiative aimed at helping MSPs raise their security game. The company continues to evangelize its MSP-specific cybersecurity framework, distribute “playbooks” for selling and delivering cybersecurity services, and hold training classes via its IT Nation Certify organization as well.

The Cyber Research Unit ConnectWise announced today is also aimed at helping channel pros better protect customers. Drawing on the millions of alerts ConnectWise processes in its security operations center annually, the new group will share threat intelligence with partners through venues like a new threat feeds site introduced today. This is not a novel activity for ConnectWise, notes Wes Spencer, chief information security officer of Perch Security, one of two SOC and SIEM vendors ConnectWise purchased last November, along with StratoZen.