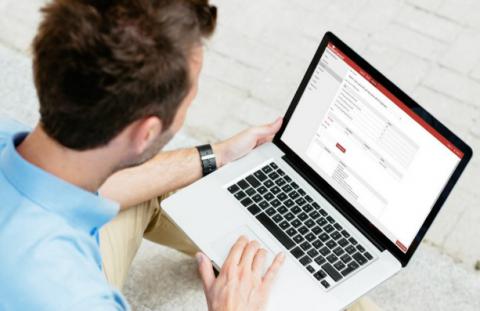 ConnectWise has rolled out ScreenConnect 6.0, a new release of its remote control solution for managed service providers with a revamped user interface that’s designed to make technicians more productive by enabling them to find and organize information more efficiently.

The new GUI, which features a multi-column structure inspired by Microsoft Outlook, Google Gmail, and other popular web applications, is part of a broader push by Tampa, Fla.-based ConnectWise to increase the intuitiveness and uniformity of its entire solution portfolio. The June release of LabTech 11, the latest version of ConnectWise’s RMM solution, is part of that same ongoing initiative.

“As we were working collaboratively with all the business units, we were looking at what tools were out there that people were getting familiar with, getting comfortable with, and using every day,” says Jeff Bishop (pictured), general manager of ConnectWise’s ScreenConnect group. “We all wanted to try to get to some kind of common UI, so it was a consistent experience for anyone using multiple products.”

The new version of ScreenConnect also includes visual and aural cues that allow technicians to juggle multiple sessions more easily by alerting them when users request assistance, as well as enhanced support for devices running the Android, iOS, Mac, and Linux operating systems and expanded chat functionality that lets users exchange text messages with administrators before entering into a full-blown remote control session. MSPs can now configure the system to launch feedback surveys automatically when a session concludes as well.

ScreenConnect 6.0—minus some of the mobile device and operating system upgrades, which are still being finalized and will arrive upon completion shortly—is available for download immediately to users of ScreenConnect’s on-premises edition. Users of the cloud-based edition will receive the updates automatically roughly a week from now.

ConnectWise acquired ScreenConnect in February of 2015. According to Bishop, approximately 8 to 10 thousand ScreenConnect customers run the solution onsite at present. The user base for the online version, which debuted roughly a year ago, is about half that size but growing rapidly due to its shorter deployment cycle.

“It’s just much easier for them to adopt and get it going,” he says.

Many of the changes included in ScreenConnect 6.0 were suggested or shaped by a new customer focus group that ScreenConnect formed in the spring. Its roughly 380 active members continue to offer input that will be reflected in version 6.1, which ConnectWise plans to ship in November, roughly in conjunction with its annual IT Nation user event.