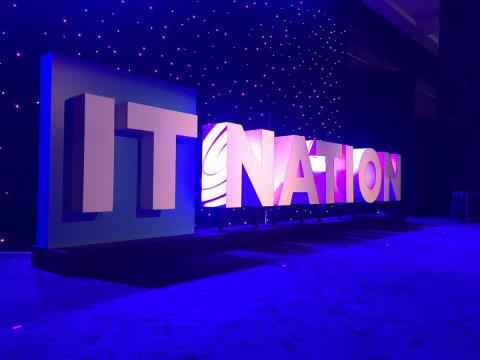 By the end of 2018, the company told conference-goers today, ConnectWise Automate will have an entirely Web-based interface. A new tool for supporting devices that conventional remote access solutions can’t connect with, meanwhile, will debut in Q2. By Rich Freeman
Tweet

ConnectWise will ship both a fully browser-based edition of its RMM solution and a new tool for supporting devices that MSPs can’t connect with via traditional remote control applications next year.

The Tampa, Fla.-based vendor discussed both future releases today at its 2017 IT Nation partner conference in Orlando.

By the end of 2018, the ConnectWise Automate RMM solution, formerly known as LabTech, will join the rest of the products in the ConnectWise family of managed services solutions in having an entirely Web-based interface, according to Chief Product Officer Craig Fulton in an interview with ChannelPro.

“It’s really the only product we have that is not Web-based,” he said. “Moving it to the web allows our partners to use the entire ConnectWise platform from a browser, and it allows us to build better integrations even within our own products.”

During a morning keynote today, Fulton demoed one of the first examples of those better integrations that ConnectWise customers will receive next year—a new computer management console that will allow technicians to administer endpoints from directly within a service ticket in the ConnectWise Manage PSA solution. According to Fulton, that enhancement exemplifies a larger design strategy to blur the lines between the company’s RMM and PSA systems, so administrators can get more done with fewer switches from one interface to the other.

“No matter what parts of the ConnectWise platform you’re using, they should all be interchangeable,” he said.

Also on the ConnectWise product roadmap is a dynamic network mapping feature that will show ConnectWise Automate users the connections among and real-time status of every endpoint on a customer’s network. It and the new computer management screen are both due to reach ConnectWise customers in the first quarter of 2018.

The new remote support tool Fulton demoed for IT Nation attendees this morning, meanwhile, will arrive in the second quarter of the year. Called ConnectWise Perspective, it allows a technician to view live video from a smartphone. The system is designed to help MSPs address technical issues involving devices that the ConnectWise Control remote access system can’t connect with, like video surveillance cameras and audio-visual gear.

“I can’t remote control into a stereo receiver or a projector, so we saw a need for being able to provide remote support without taking over a computer,” Fulton told ChannelPro.

Perspective meets that need by allowing administrators to view a customer environment from the home office and walk either an end user or junior technician through the steps needed to diagnose and remediate technical problems. Unlike videotelephony products like Apple FaceTime, furthermore, Perspective doesn’t require technicians to expose their personal smartphone number to customers who might use it after hours to make help desk requests.

The system, which supports Android devices as well as Apple hardware running on the iOS 11 operating system, relies on a mobile browser extension that users download on demand, rather than an app, to connect with a smartphone’s camera.

ICYMI: Our Channel News Roundup for the Week of January 13th
END_OF_DOCUMENT_TOKEN_TO_BE_REPLACED