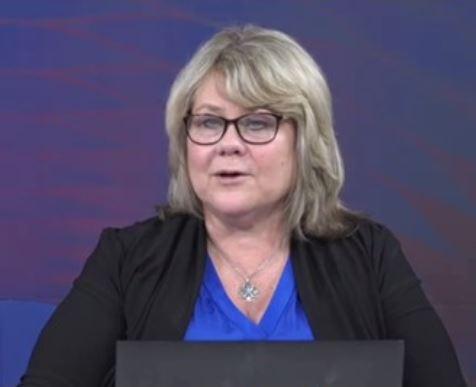 At its Communities & Councils Forum this week, the IT community is urging members to ready themselves for challenges and opportunities in a post-pandemic world. By Rich Freeman
Tweet

One year ago, as coronavirus-related lockdown orders were going into effect around the country, CompTIA’s Communities & Councils Forum (CCF) was one of the first industry conferences to switch from an in-person format to a virtual one. 12 months later, it’s being held in cyberspace again.

“Who would have thought when we quickly pivoted CCF to an online event last March that we would still be here a year later online and remote?” asked Nancy Hammervik, CompTIA’s executive vice president of industry relations, in a CCF keynote yesterday.

Yet while much remains the same since the last CCF, Hammervik acknowledged, much has changed as well. Over 20% of Americans has received at least one dose of a COVID-19 vaccine, for one thing, and while contagious new variants give cause for concern, herd immunity to the virus finally appears within reach. The time has come at last, Hammervik declared, for CompTIA members to begin readying themselves for what comes next.

“The end of the tunnel is getting bigger and brighter, and it’s time to start preparing for liftoff in a post-pandemic world,” said Hammervik.

The bulk of her presentation focused on four focus areas for CompTIA at present, all of which will present both challenges and opportunities for the channel in 2021. The first, cybersecurity, was an enormous concern before the pandemic that only grew in magnitude as businesses began working from home.

“It became apparent that many organizations still do not provide a cyber-safe infrastructure,” said Hammervik, noting that in the last year the information sharing and analysis organization (ISAO) that CompTIA officially launched last August has recorded over 250 breaches with direct implications for channel partners. Worse yet, she added, attackers are increasingly victimizing a wider range of smaller businesses.

“Threats are moving downstream into the SMB space, and MSPs are increasingly the target because of their access to the SMB market,” Hammervik said. Channel pros, she continued, have a responsibility to protect their clients from such threats.

“Every company needs to be a security company too,” she said, noting that doing so allows IT providers to profit from needed services like conducting risk assessments, implementing business continuity plans, and delivering security awareness courses.

In addition to the ISAO, Hammervik added, other security-related CompTIA resources include its training and research organizations as well as the discounts it now offers on cyber-insurance policies from The Hartford Group.

Emerging technologies, an area of interest to CompTIA since at least 2019, has also grown even more relevant since the pandemic, according to Hammervik. Technology in general last year won over many skeptics who previously viewed it chiefly as a source of privacy threats and job-killing automation, she observed. “In many ways, tech saved the day. Technology allowed us to pivot to a work-from-home and learn-from-home world. It allowed many businesses to stay afloat as they pivoted to online for ordering and delivery.”

Newer technologies in particular, though, have proven their growing value since COVID’s arrival. “AI allowed scientists to sift through tens of thousands of research reports to quickly learn about the novel virus, and edge computing was used to get closer to critical data that measured the virus’s movement and infection rates,” Hammervik said. “Telemedicine was used to engage with patients and collect critical insights, drones were used to manage crowd control, and robots were used to take temperatures and deliver tools and medicine and hospitals, allowing nurses to focus on critical patient care.”

LG Gram for Business 17 (2020): Big Reasons to Like It
END_OF_DOCUMENT_TOKEN_TO_BE_REPLACED