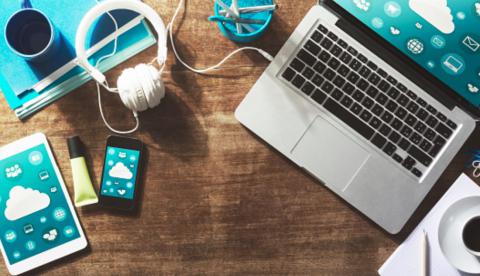 The latest edition of the vendor’s flagship solution is designed to help businesses rapidly migrate cloud workspaces off of Citrix infrastructure and onto software-defined data centers hosted in Microsoft Azure or Google Cloud Platform. By Rich Freeman
Tweet

Turnkey workspace-as-a-service vendor CloudJumper has shipped an updated release of its Cloud Workspace solution aimed at luring SMBs away from Citrix Systems Inc.

Chief among the product’s new features is a Citrix Replacement App designed to automate migration of Citrix environments onto Garner, N.C.-based CloudJumper’s platform. Among other things, the new tool converts Citrix user profiles into Microsoft Windows Remote Desktop Services profiles and imports them into the Cloud Workspace Management Suite.

“We can have your entire software-defined data center—the firewall, the connections, the gateways, everything—fully provisioned in about two hours,” says CloudJumper President John Helms.

“It takes advantage of the native capabilities within Azure and within Google through their snapshot technologies so that you can build your backup plans, schedule your backups, and handle all of your own resources natively from within the platform,” Helms says.

Collectively, Helms argues, Cloud Workspace’s new migration and cloud hosting technologies make CloudJumper a better choice than Citrix for SMBs looking to embrace workspace as a service. Though CloudJumper sells to businesses of all sizes, the majority of its roughly 1,200 MSP partners market Cloud Workspace chiefly to businesses with 200 users and below.

“Our product suite now is exceptionally competitive from a feature parity standpoint, but more importantly, it’s much simpler to use,” he says.

In addition to easier provisioning and integrated backup, the new Cloud Workspace release offers a variety of other Microsoft-related enhancements, including full stack support for Azure Resource Manager, which allows technicians to administer multiple cloud resources as a group, and integration with Azure Active Directory. That latter capability enables Cloud Workspace to provide single sign-on access to Office 365 and Azure-hosted workspaces now.

Significantly, the newest version of Cloud Workspace is the first to support Windows Server 2016. Though other vendors, including hosted infrastructure and desktop-as-a-service provider CloudConnect LLC, have supported Windows Server 2016 for some time, CloudJumper deliberately delayed its introduction of that feature.

“We really wanted to make sure that [Windows Server] 2016 has kind of been through its burn-in cycle and no more major changes were coming,” Helms explains.

New machine learning-powered dynamic resource allocation functionality lets users optimize spending on cloud workspaces by automatically scaling deployments up and down based on past consumption patterns. Multifactor authentication technology, meanwhile, helps technicians secure cloud workspaces, or selected groups of them, more effectively. “They can do that on a per-company basis or even on a per-user basis,” Helms says. “It’s just a check box.”