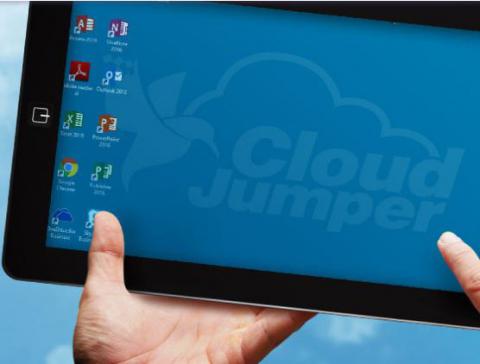 By reducing infrastructure hosting costs, the new deployment option makes running cloud workspaces in single-tenant configurations a cost-effective option for companies with as few as 20 employees, opening up a vast new market for MSPs. By Rich Freeman
Tweet

Workspace-as-a-service (WaaS) vendor CloudJumper has introduced a new edition of its Cloud Workspace Management Suite that allows users to run a complete implementation of the solution on a single virtualized server.

The new release arms MSPs to deploy the Garner, N.C.-based company’s solution in single-tenant configurations cost-effectively for companies with as few as 20 users, according to Max Pruger, CloudJumper’s chief revenue officer.

“It really expands the market for the MSPs that are in that small business space,” he says.

By reducing the infrastructure costs associated with cloud-based workspaces, the new system brings WaaS offerings from CloudJumper within range of smaller businesses for the first time.

“Usually, the sweet spot for most SMB MSPs is somewhere in that 15 to 75 seat range,” Pruger observes. “We can now cover that with a single-tenant environment.”

Single tenancy is key, he continues, because licensing restrictions imposed by Microsoft prevent users in multi-tenant environments from utilizing a range of useful features. Those include Azure Active Directory Connect, a synchronization utility that enables single sign-on access to Microsoft Office 365.

The debut edition of Cloud Workspace Management Suite required users to provision anywhere from seven to 12 underlying platform servers. “If you didn’t have a customer that had at least 1,000 seats it just didn’t make sense to run a single-tenant environment,” Pruger says. “You had to run a multi-tenant environment.”

Last year, CloudJumper updated the system to run on as few as three servers. “That really brought down the minimum user count to about 100 seats,” Pruger states, adding the single-server release brings that figure all the way down to 20.

Enabling a solution originally designed to run on as many as a dozen servers to run on just one, Pruger continues, was a major feat of engineering on the part of CloudJumper developers. “It took them about three years, and I think our technical team is pretty good,” he says.

Yesterday, at its Ignite conference in Orlando, Microsoft highlighted CloudJumper as one of several vendors capable of supplementing its newly-introduced Windows Virtual Desktop solution with additional functionality.

Time for MSPs to Carry the Mantle of Leadership
END_OF_DOCUMENT_TOKEN_TO_BE_REPLACED