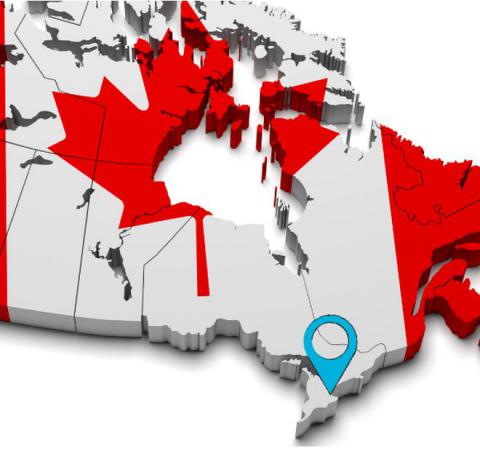 Located in Vancouver and Toronto, the new facilities allow partners to serve Canadian customers in industries legally required to keep data inside the country while enabling all Canadian end users to enjoy better quality of service. By Rich Freeman
Tweet

Located in Vancouver and Toronto and available immediately to all bvoip users, the two facilities are the company’s first points of presence north of the U.S. border.

“We’ve always been servicing Canada since our inception, but now we’ve kind of doubled down and solidified that investment,” says bvoip CEO George Bardissi, who spoke with ChannelPro last week at the ChannelPro SMB Forum event in San Jose, Calif.

Having access to data centers inside Canada will allow partners to go after customers in markets like government and healthcare that are legally required to keep data inside the country, Bardissi continues. It will also help resellers win over businesses worried that data in a U.S. facility could be inspected by federal authorities under laws like the USA PATRIOT Act.

“Canada is very conscious, and specifically in certain verticals, about data sovereignty and making sure that data is within the borders,” Bardissi says.

Bvoip expects U.S. business with operations in Canada to find its new Canadian service option appealing as well. “There are organizations that stretch multiple cities, multiple countries, could have branch offices, could have remote employees,” Bardissi notes.

Partners can move existing accounts into bvoip’s new Canadian data centers free of charge and will pay the same service rates as before.

In addition to the U.S. and Canada, bvoip maintains data centers in Ireland, the U.K., Australia, and New Zealand. According to Bardissi, no other channel-only VoIP provider offers domestic service in all of those locations. Users can host accounts in any combination of those facilities, and pay for services in any combination of currencies they wish.

Supporting international users is a long-time priority for bvoip, which added a security technology for roaming users called Barricade to its platform in May. The new safeguard combines an account-specific firewall with a dedicated mobile app, separate from the app users employ to make and receive calls. Designed to prevent hackers in distant locations from stealing access to bvoip accounts without denying users the ability to make calls while traveling overseas, the system lets businesses limit international services to “white-listed” devices running the Barricade software.

Kaseya Adds VoIP Functionality from Cytracom to its PSA Solution
May 8th, 2019

ICYMI: Our Channel News Roundup for the Week of January 20th
END_OF_DOCUMENT_TOKEN_TO_BE_REPLACED