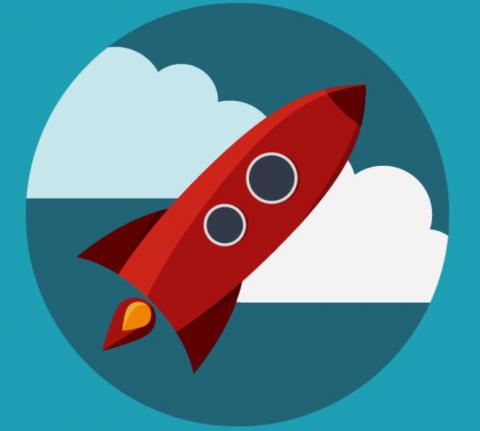 The company’s first outside investment since its founding in 2007, the Series A funding round will help BitTitan expand its MSPComplete product and pursue overseas growth opportunities. By Rich Freeman
Tweet

The funding round represents the first time BitTitan, of Kirkland, Wash., has raised money from outside sources since its founding in 2007.

“We bootstrapped this company for nine years,” says Rocco Seyboth (pictured), BitTitan’s vice president of product and marketing. “We didn’t necessarily need to raise money to continue our growth. We just felt like this was a good opportunity to put more fuel on the fire.”

Specifically, the company will use the new financing to grow its international footprint and expand the capabilities of MSPComplete, the managed services automation solution it introduced last October. According to Seyboth, BitTitan has increased its partner base from about 4,500 to nearly 8,000 since that product’s debut, suggesting that accelerated investment in the platform could help produce even faster growth.

MSPComplete is designed to close skill gaps in the SMB channel that BitTitan believes are inhibiting adoption of cloud computing.

“For the most part, small and medium-sized businesses are not adopting cloud as quickly as they would probably like, and we think that has everything to do with the fact that their trusted advisers and they’re outsourced IT departments, these MSPs, [are] still focused on-prem and not on cloud,” Seyboth says.

Specifically, he continues, channel pros tend to struggle with three specific tasks: sales and marketing, onboarding clients, and delivering services. BitTitan plans to use some of the money it’s raised to add new functionality to MSPComplete in all three of those areas.

For example, Seyboth explains, the company will soon begin building out a marketplace containing hundreds of home-grown “easy button managed services” in potentially complicated areas like compliance reporting that MSPs can execute with one or two clicks. Offering those services to their clients will enable channel pros to collect more revenue from clients without hiring more staff.

BitTitan views targeting overseas markets, meanwhile, as a way to grow its own revenue. The company already earned about 45 percent of its income outside North America last year despite having just a handful of international sales reps. Tapping into new funding will help it dramatically expand its presence around the world, and possibly open satellite offices in the U.K. and Australia as well.

BitTitan also views today’s announcement as a symbolic vote of confidence in its products and strategy. “We think the round validates that we have a major role to play in the cloud market, specifically when it comes to how IT service providers will shape the cloud market,” Seyboth says.

Profitable since 2011 and doubling both its revenue and payroll annually in recent years, BitTitan has been receiving—and rejecting—offers from venture capital and private equity firms for a long while.

“They would show up to our office unsolicited and he would be throwing them out without having a conversation,” says Seyboth of BitTitan founder and CEO Geeman Yip. Not surprisingly, he adds, the company had no trouble locating potential suitors when it decided to change course on outside investors.

“We had a tremendous amount of interest,” Seyboth says, including term sheets from multiple bidders. Yip chose to accept TVC Capital’s offer based on its technology sector expertise and his respect for Steve Hamerslag, the firm’s managing partner and a 34-year IT industry veteran. “Really just the rapport between Geeman and Steve was probably the number one reason,” Seyboth says. “They also have experience in exactly what we’re trying to do right now.”

Based in San Diego, TVC Capital invests primarily in software companies with $2.5 to $10 million in annual revenue that it believes are poised for rapid growth. Terms of today’s deal include the appointment of Hamerslag to BitTitan’s board of directors.

TVC Capital was responsible for bringing San Francisco-based Tao Capital Partners, which Seyboth describes as “the family office for a pretty wealthy family,” into the deal. Unlike TVC Capital, Tao will not have representation on BitTitan’s board.

It will, however, begin making a tangible impact very shortly, suggests Seyboth, who says that BitTitan will make two major announcements at Microsoft’s Worldwide Partner Conference in Toronto next month. One will involve a new partnership with a major but unspecified cloud application provider and the other will concern the addition of new automation functionality to MSPComplete.

Looking further down the road, Seyboth called raising Series B funding a possibility, but not an imminent one.

“I think we’re more focused on our growth over the next 12 months,” he says.

LG Gram for Business 17 (2020): Big Reasons to Like It
END_OF_DOCUMENT_TOKEN_TO_BE_REPLACED