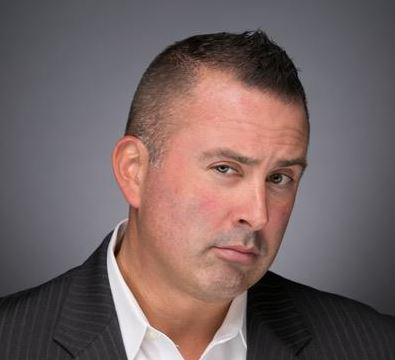 The security vendor is staffing up on support, signing integration pacts with RMM makers, and more, according to channel chief Joe Sykora (pictured), who says a new tiered partner program structure with bigger discounts for top sellers is coming soon too. By Rich Freeman
Tweet

Security vendor Bitdefender is doubling down on investments in the MSP channel.

“This is a big shift in the business, because we’ve actually called out MSP as a major focus of the company going forward,” says Vice President of Global Sales and Channels Joe Sykora, speaking with ChannelPro at last week’s RSA Conference in San Francisco. “We are leading with MSP at this point.”

That strategy is based on Sykora’s belief, widely shared by industry leaders, that rising demand for as-a-service purchasing options among end users and an increased appetite for recurring revenue among IT providers will soon inspire the vast majority of channel pros to offer at least some managed services.

“In a couple years, that’s all there’s going to be—MSP and hybrid,” Sykora says.

To accelerate that growth, Bitdefender both launched new products specifically for MSPs last year and added MSP-friendly pricing to existing systems. All of the vendor’s core products and many of its other offerings, including its application management and encryption solutions, are now available at subscription rates. According to Sykora, Bitdefender will eventually sell all of its products that way.

“We’re working diligently on that right now,” he says.

Other recent efforts to drive MSP growth include the addition of more than 50 new support professionals and the reassignment of some existing technicians to MSP-related duties. “The weakest thing that we had going for us was the support we had,” says Sykora of last year’s MSP push. “We were, I will say, pretty grossly understaffed.”

Sykora, who added global sales leadership to his channel responsibilities in January, has more recently overhauled a misaligned commission structure that incentivized salespeople to direct leads to VARs rather than MSPs even when the customer expressed an interest in monthly payments.

“That was one of the first things I did is I tore that wall down. Now we’re neutral,” Sykora says. “No matter how the end user wants to consume our product, if it’s a named account everyone gets compensated.”

Establishing and tightening integration agreements with RMM manufacturers is another element of Bitdefender’s MSP initiative. The company already has pacts in place with ConnectWise, Datto’s Autotask unit, Kaseya, Ninja RMM, and SolarWinds MSP, and is pursuing alliances with three to five other unnamed vendors as well. Its goal is to be the endpoint security provider of choice for all of those companies.

“The way we’re positioning ourselves is to become the standard for anti-malware,” says Sykora, who adds that the company leans primarily on the strength of its technology to make its case for that status with vendors. “Since we own all the IP and we have all the patents, we can get fairly aggressive on pricing as well,” he continues.

Enticed by the enormous market for security services, RMM makers are proving receptive to Bitdefender’s outreach, according to Jason Eberhardt, who became Bitdefender’s first-ever head of global cloud and MSP, reporting to Sykora, earlier this year.

ICYMI: Our Channel News Roundup for the Week of June 29th
The Elements of Culture
END_OF_DOCUMENT_TOKEN_TO_BE_REPLACED