“Beachhead” Solutions Getting Traction in Internet of Things for SYNNEX 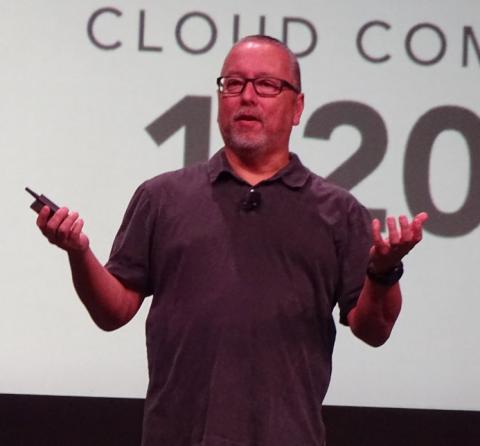 Sales of cloud, mobility, and gateway systems are heating up for the distributor as a rapidly increasing percentage of channel partners adds simple, starter IoT solutions to their repertoire, according to SYNNEX exec Rob Moyer (pictured). By Rich Freeman
Tweet

Sales of hardware and software for Internet of Things solutions is growing rapidly for SYNNEX Corp. and its partners as IoT transitions swiftly from promising concept to revenue-generating reality.

“Business that’s related to IoT or cloud, mobility, and our gateway business [are] all doing well above market averages,” says Rob Moyer, senior vice president of cloud services, mobility, and IoT at SYNNEX. Moyer spoke with ChannelPro at the 2019 meeting of the distributor’s Varnex partner meeting, which concluded yesterday in Greenville, S.C.

Customers who previously used public cloud platforms almost exclusively for raw compute power and storage are increasingly hosting IoT solutions on them as well, according to Moyer. “We’re seeing upwards of 10 to 15 percent of Azure deals be connected to IoT,” he says.

So-called edge computing solutions aimed at deploying data center resources closer to users and data in an effort to reduce network latency are responsible for much of the current increase in IoT transactions, Moyer continues. “The edge is getting smarter,” he says. “The edge is collecting data and bringing it back into the infrastructure, and that is definitely growing across the board.”

A recent SYNNEX research study underscores the speed with which the Internet of Things is entering the IT mainstream. Though the market is still barely out of its infancy, some 44 percent of surveyed partners are offering at least one IoT solution today. Fully 80 percent of those companies, moreover, are selling to SMBs.

“This is not futureware,” Moyer emphasizes. “This is happening.” That’s true in a wide areas range of solution categories and verticals, he continues. “It’s everything from digital signage to manufacturing.”

According to Moyer, the most successful IoT solution providers are starting small and growing into the business over time. “They’re solving simple problems and they’re doing it and creating beachheads to do much more,” he says. “I think that’s one of the learnings that we’ve had over the last 12 months.”

Meeting room solutions like the ones SYNNEX’s VISUALSolv group is emphasizing at present exemplify the kind of beachhead Moyer has in mind. A relatively easy technology for channel pros to master, implement, and manage, conferencing systems open the door to an array of bigger, follow-on opportunities. “That will lead eventually to a smart building,” Moyer notes.

Designing and delivering IoT solutions also helps channel pros differentiate themselves from competitors by offering strategic, top-line-expanding solutions instead of money-saving cloud and network management services alone. “If you can connect to the edge, you become less commoditized,” Moyer notes. “It’s not just about efficiency [and] spend.”

As IT providers act on that opportunity and vendors steadily roll out more hardware, software, and services to assist them, SYNNEX is transitioning out of its traditional role as a “pick, pack, and ship” product supplier and becoming a solution aggregator that pulls together the various resources needed to assemble complete solutions.

“We’ve recreated ourselves as a general contractor in IoT,” Moyer says. “Our job is to bring multiple partners together, multiple vendors together, to really solve the solution.”

IoT was one of several high-potential growth markets spotlighted at this week’s Varnex conference this week by Peter Larocque, president of North America technology solutions at SYNNEX.

ChannelPro 5 Minute Roundup for the Week of January 11th, 2021
Why IT Is Still Great for Career Changers, Even Amid COVID-19
END_OF_DOCUMENT_TOKEN_TO_BE_REPLACED

Jabra PanaCast Review - Get Your Huddle On
END_OF_DOCUMENT_TOKEN_TO_BE_REPLACED