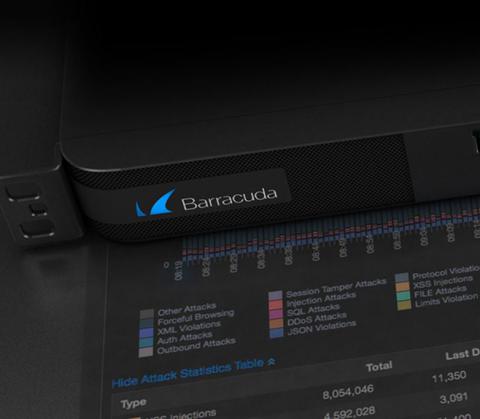 The Campbell, Calif.-based security vendor has also added SD-WAN optimization capabilities to the NGF family and rolled out a REST API for WAF products designed to help users of DevOps tools secure their automation and orchestration processes more easily.

In conjunction with that last update, Barracuda also disclosed a new alliance relationship with Puppet Inc., of Portland, Ore., which makes an application and infrastructure orchestration solution popular in the DevOps community.

All four announcements were made in conjunction with Microsoft’s 2017 Inspire partner conference, which is presently underway in Washington D.C.

The integration of the NGF and WAF product families with Operations Management Suite (OMS) comes in response to increased adoption of the Microsoft administration system, according to Tim Jefferson (pictured), vice president of public cloud at Barracuda, who adds that support for widely used management tools is a fundamental requirement for network security appliances

“For us not to have any kind of integration with OMS was a gotcha,” he says.

Drawing on the new integrations, NGF and WAF products can now publish logs on the OMS dashboard. In addition, WAF users now have access via Microsoft’s Azure Marketplace to a template that adds a specialized dashboard to OMS showing application security, application performance, and audit record details. A similar dashboard for NGF products will reach market later this year, Jefferson says.

The enhanced SD-WAN capabilities in NextGen Firewall accelerate site-to-cloud throughput for customers with multiple internet connections by automatically routing traffic along the fastest path. The new technology dynamically applies prioritization, compression, and optimization policies based on traffic conditions too.

“People like setting up those parameters and knowing that they’ve built in some automated redundancy,” Jefferson says.

The WAF product line’s new REST API equips a small but growing and strategic set of DevOps enthusiasts within Barracuda’s customer base to weave web application security and delivery functionality into their automated processes without utilizing Barracuda’s management interface.

“There’s definitely a large community of users that just don’t use UIs,” Jefferson says. “They want to be able to orchestrate, deploy, and configure the WAF all through APIs.”

Equipping WAF with such an API makes it a far more appealing option for DevOps teams, Jefferson observes, as well as for DevOps toolmakers like Puppet. Other leading DevOps utilities, including Chef and Ansible, are compatible now with WAF via the API as well.

NGF is one of two solutions Barracuda began offering on a subscription-priced basis last month through its Intronis business unit. Barracuda also made news in June with the launch of a new comprehensive anti-phishing solution.