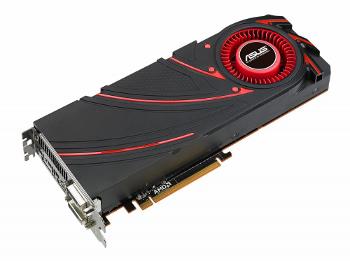 ASUS GPU Tweak
The new ASUS R9 290X has a unique advantage in the shape of GPU Tweak, an exclusive ASUS tool that helps users to control finely GPU and video-memory clock speeds and voltages, cooling-fan speeds, and power-consumption thresholds.

As well, the GPU Tweak Streaming tool lets users share on-screen action over the internet in real time - so others can watch live as games they are played. It's even possible to add a title to the streaming window along with scrolling text, pictures, and webcam images.

GDDR5 Memory, AMD's Eyefinity and TrueAudio
R9 290X is equipped with 4GB of high-speed GDDR5 memory. The new card also includes AMD Eyefinity technology to broaden the gaming landscape, so gamers can expand the playing field across up to six independent displays, via DisplayPort or DVI.