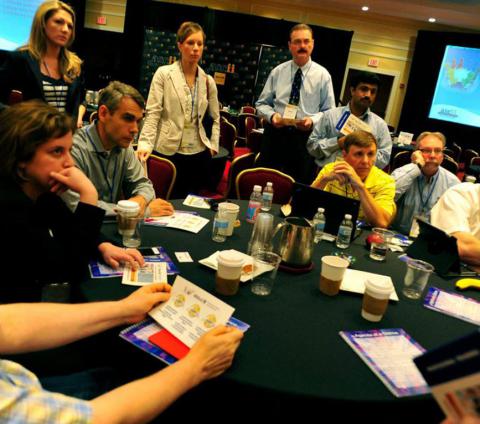 Channel community The ASCII Group has added peer groups to its roster of business growth services for MSPs, VARs, and solution providers.

“They’re going to be able to share information freely in a noncompetitive environment,” he says. “It’s a very valuable mechanism to help the MSP see what their peers are doing, and then talk about problems and figure out the best strategy to resolve those problems.”

Groups, which are limited to no more than 10 members each, meet twice a month for 90 minutes through a videoconferencing platform. “It’s a good amount of time for everyone to discuss what’s happening and for us to dig a little bit deeper at certain issues that they might be facing,” Koutavas says.

Members can optionally hold periodic face-to-face discussions as well. “It’s very flexible,” Koutavas notes. “Groups can decide if they want to meet annually, quarterly, or semi-annually.” ASCII plans to offer its annual series of SMB IT Success Summits as a setting for in-person peer group sessions.

ASCII will face stiff competition from other peer group operators, which include consulting firms Bering McKinley and Taylor Business Group, as well as ConnectWise and its former HTG unit (renamed IT Nation Evolve last August). “Peer groups are nothing new,” Koutavas concedes. ASCII Insider is distinguished from other offerings by its price tag, though, he continues.

“We’re probably three times less than what is available right now,” Koutavas says, without specifying the monthly fee members pay. “We’re making it as efficient as possible, so those people that are participating don’t need to overspend for this type of quality conversation.”

The program will also use regular information-gathering exercises to ensure that members contribute and benefit more equally than is often the case in peer groups. “Typically, there’s one person in the group that is contributing the majority of the advice and content to the rest of the group, but they’re not getting anything out of it,” Koutavas says. “We’re always going to be giving them information and sharing it across all the groups.”

MSP consultant MJ Shoer will moderate ASCII Insider’s groups. A veteran channel pro, Shoer was until recently director of client engagement and virtual CIO for Onepath, a managed service provider with offices in New England and the Southeast. He was founder and president of Jenaly Technology Group Inc., an MSP in Portsmouth, N.H., for nearly 20 years prior to that. Shoer is also an ASCII Group member who has served in senior leadership roles within CompTIA. “He has a well-rounded view of the industry,” Koutavas notes.

ASCII Insider has been operating on an invitation-only trial basis for about a year, and has five groups running at present. Koutavas expects that number to reach at least 15 by next summer.