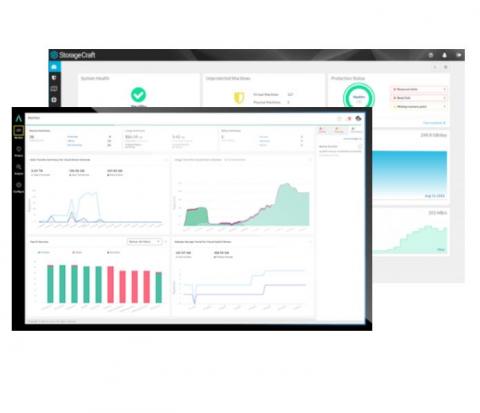 The combined companies will offer backup, disaster recovery, and archiving solutions for physical, virtual, on-premises, and cloud-based workloads at multiple scales and price points to everything from SMBs to Fortune 50 enterprises. By Rich Freeman
Tweet

Arcserve and StorageCraft have reached a definitive merger agreement aimed at turning the two firms into a global data protection leader with end-to-end offerings for MSPs and solution providers serving everything from SMBs to Fortune 50 enterprises.

Terms of the deal, which is expected to close within the next several weeks pending regulatory approval, were not revealed. Once the transaction is final, the combined companies will adopt Arcserve’s name. StorageCraft will retain its brand but identify itself as “an Arcserve company.”

The merger will produce a company with comprehensive backup, disaster recovery, and archiving offerings for physical, virtual, on-premises, and cloud-based workloads at multiple scales and price points, according to Arcserve CEO Tom Signorello, who will remain in that role going forward.

Arcserve and StorageCraft plan to combine their support teams, partner programs, and R&D organizations. They will leave their existing solutions in place largely as is, however, partly because they serve complementary roles and partly to avoid inconveniencing partners and end users.

“If you’re a channel partner, you recognize the fact that whatever you install today you’re probably going to still be using in a couple of years, because you need to maintain backup history,” says StorageCraft President Douglas Brockett, who will be Arcserve’s president after the merger. “We have no interest in disrupting channel partners’ technology choices that they may have made to force them onto a new platform, so we’re going to continue to support all of the existing products going forward.”

The company will also continue to support existing integrations via open APIs with RMM and PSA software providers, Brockett continues, including vendors like Datto and Kaseya that offer BDR solutions.

“We do a stunning amount of business with partners that utilize those APIs and utilize us in a multi-vendor environment, and I think we’re just going to continue doing that,” he says.

Future plans following the merger include the creation of a consolidated management interface that will let technicians administer Arcserve and StorageCraft deployments through a single console.

The company will also eventually let partners migrate licenses across Arcserve and StorageCraft products as customer requirements shift, and switch between subscription-based and upfront licensing as well.

Complementary products aren’t the only synergy Arcserve and StorageCraft bring to their merger, the vendors say. Joining forces will enable the former company to widen its footprint in North America while enabling the latter one to reach deeper into European and Asian markets. At present, Arcserve collects roughly 20% to 25% of its revenue in North America, compared to 80% for StorageCraft.

“StorageCraft is largely a U.S.-based operation, so being able to go global is a fantastic opportunity for us,” Brockett says.

Merging will also help both companies diversify their channel. StorageCraft has over 5,000 MSP partners at present, versus “a few hundred” for Arcserve, which is stronger than StorageCraft among VARs.