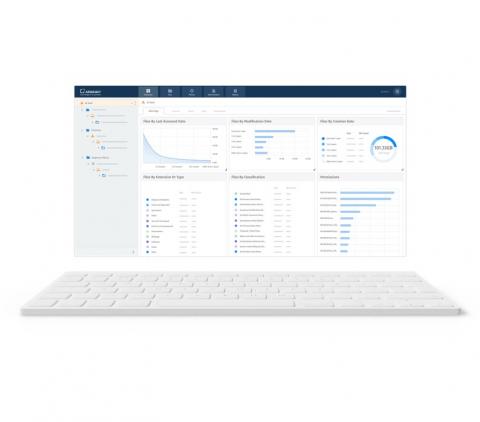 The new release adds the ability to move and act on data to a platform that previously emphasized locating and classifying it. By Rich Freeman
Tweet

Aparavi has shipped version 2.0 of its data discovery and management solution, adding the ability to act on files to a platform that previously emphasized locating and classifying them.

“When we started, we really wanted to focus on knowing what your data was and what was inside the data,” says Matt Carpenter, Aparavi’s senior vice president of platform success. “What 2.0 brings to the table is data movement and data actions.”

Combining such services in “intelligent data management” bundles enables channel pros to supplement the slim margins they make reselling cloud platforms from Microsoft and other providers, according to Amanda Regnerus, Aparavi’s vice president of Americas marketing.

“If you’re an MSP, you can really white label that entire service,” she says.

End users benefit as well, Carpenter notes, by reducing the amount of inessential data they must pay to store and then secure online. Emphasizing those benefits in sales presentations and quarterly business reviews, Regenrus adds, can help MSPs win new customers and retain existing ones.

“A lot of our partners are looking at our solution as giving them a competitive advantage when they’re going into a customer to try to sell them new services specifically around backup and cloud migrations, because you can set yourself apart,” she says.

Current storage targets for data actions include Amazon S3 and a range of S3-compliant alternatives, including most recently the Wasabi Technologies platform. Smaller providers of S3 services, including MSPs with self-operated clouds, can also connect to Aparavi’s solution via the vendor’s API.

According to Carpenter, Aparavi’s longer-term plan is to support “anything to anything” actions involving widely used solutions like Microsoft Outlook, OneDrive, and SharePoint, and Google Workspace.

“That’s kind of our vision,” he says.

Aparavi, which sells exclusively through the channel, rolled out an updated edition of its partner program equipped with a first-ever partner portal last month. The company has added quote sheets, presentations, and other marketing materials for its 2.0 release to that site, and offers a variety of training courses and services for the new edition as well.

Going forward, Aparavi plans to introduce updates and enhancements on a continuous, rolling basis rather than through major releases. “If it’s ready, we want to ship it,” says Carpenter, noting that the company is already shipping new functionality every two weeks on average.

The MSP’s Role in Solving the IT Skills Gap
Best IT Certifications for Beginners
Bridging the Skills Gap: Funding Skills Programmes
END_OF_DOCUMENT_TOKEN_TO_BE_REPLACED