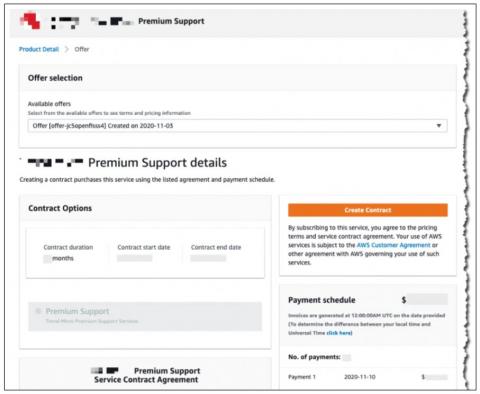 Channel pros can now offer bundled combinations of cloud software and professional services on the AWS Marketplace. Those with custom-developed solutions to sell will gain access to a new partner program for developers next month too. By Rich Freeman
Tweet

Amazon Web Services sells over 8,000 solutions from more than 1,600 ISVs to some 300,000 monthly fee-paying customers around the world through its AWS Marketplace site. MSPs and other service providers play little direct role in all that activity today, but moves announced by Amazon at its 2020 re:Invent conference offer channel pros an easier way to get in on the AWS ecosystem.

Effective this week, providers of professional services can add offerings to the Marketplace catalog and create bundled listings that let businesses procure and pay for software and associated support through a single integrated invoicing process.

To date, AWS customers in need of one-time or ongoing help with tasks like assessments, migration, deployment, and training have had to research, vet, and transact business with service providers separately. Merging those now distinct processes will make purchasing from Amazon easier and more attractive for end users, the vendor believes.

It also, however, gives service providers access to Amazon’s huge and growing customer base while helping ISVs find and forge relationships with new channel partners, according to Garth Fort, director of product management at AWS Marketplace.

“We want to make it easy for ISVs that come into Marketplace to find highly qualified partners in the channel in the countries that they want to go into,” he says.

There are currently 261 service listings in the Marketplace catalog, mostly from vendors with professional services arms like Cisco and Sophos, giant services firms like Rackspace, and big-time MSPs with national footprints like Presidio. Such companies are likely to account for most of the service listings and generate most of the service revenue going forward, according to Fort, but there’s nothing to stop much smaller channel pros from participating as well.

“It’s open to everybody,” he says, noting that there are no admission fees or minimum requirements to clear other than having a U.S. bank account.

Professional services have been available on AWS Marketplace for just over two years, but only through a heavily manual process that providers could use to create one-time “private offers” for specific customers.

“I have to fill out a form and mail it to my team, and then we create the offer and extend the link to the customer,” Fort says. The new process, by contrast, is self-serve and open to any interested end user. it also makes accounting for service revenues simpler for AWS and its partners, according to Fort.

“In most jurisdictions, the tax rate on labor is significantly lower than the tax rate on software,” he notes. To avoid overpaying state and local governments, however, private offer providers had to calculate how much of their AWS revenue came from services versus software on their own.

LG Gram for Business 17 (2020): Big Reasons to Like It
END_OF_DOCUMENT_TOKEN_TO_BE_REPLACED