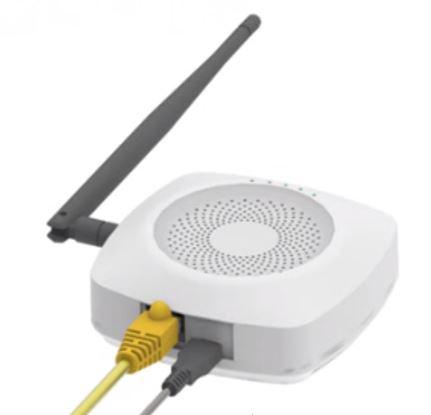 The networking and communications vendor has LoRaWAN gateways coming in connection with a longer-term bid to deliver complete smart building, smart city, and other IoT solutions in partnership with device makers and software developers. By Rich Freeman
Tweet

ADTRAN is readying a family of gateway appliances designed for use in Internet of Things solutions.

The new systems, which will be the networking and communications vendor’s first purpose-built products for IoT applications, are the leading edge of a broader effort to grab a share of an Internet of Things market set to grow 8.2% in 2020 to $742 billion despite economic headwinds from the coronavirus pandemic, according to IDC.

“It’s a fast-growing marketplace and we think we bring some unique capabilities to that marketplace,” says Keith Atwell, ADTRAN’s head of global business development, who notes that while ADTRAN hasn’t offered products specifically for the Internet of Things before, it’s no stranger to IoT.

“ADTRAN’s has been involved in the IoT marketplace for many, many years,” he says. “We’ve never really touted it.”

The forthcoming gateways will be tailored for use with smart building, smart healthcare, smart manufacturing, and other solutions that provide long-range connectivity to sensors and other battery-powered devices over LoRaWAN networks. The first of those systems, which will reach market as soon as this month, are half-duplex units designed for indoor settings. Equipped with eight receive channels and one transmit channel, they will accommodate both PoE and USB-C power.

Two additional series of full-duplex gateways, hardened for use outdoors and due to ship next year, will accommodate 64 channels over filtered RF connections. Powered by batteries or PoE, the devices will support both Ethernet and cellular backhaul networks.

Longer-term plans include collaborating with device manufacturers, software makers, and other players in the IoT ecosystem to deliver complete solutions in areas like smart agriculture, smart parking, and smart lighting, among others.

To facilitate such partnerships, ADTRAN will soon officially join the LoRa Alliance, the non-profit organization that oversees the LoRaWAN standard. The company is working now to integrate its gateways with products from Senet, the largest LoRaWAN network provider in North America, as well.

Under consideration for the future, according to Atwell, are “gateway as a service” offerings for companies that wish to pay for IoT services out of their operating budget, and bundled offerings that combine gateways with wholesale network services from third-party broadband providers.

ADTRAN first disclosed its IoT ambitions last week during its virtual ADTRAN Connect press and analyst event, where it also discussed its new 8-, 24-, and 48-port NetVanta 1560 series switches. Intended for use in a wide range of settings, the new devices can play a critical enabling role in IoT solutions as well.

“These are Gigabit switches, so they get you high bandwidth, but they also provide the PoE power in our new line of IoT LoRaWAN gateways,” Atwell says.

How to Capitalize on the Demand for Edge Computing
August 3rd, 2022

Getting Ahead with Standardization and Automation
END_OF_DOCUMENT_TOKEN_TO_BE_REPLACED