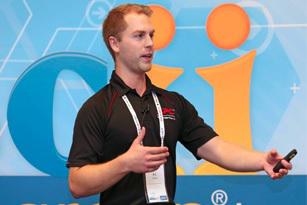 Channel membership organization The ASCII Group kicked off its 2016 IT SMB Success Summits today in Austin, Texas. The two-day conference, which is the first of eight that ASCII will hold this year, concludes tomorrow.

As in past years, ASCII’s 2016 Success Summits will give MSPs and VARs a chance to hear presentations on market opportunities and growth strategies from thought leaders, software vendors, and hardware makers who target small and midsize businesses. In addition, however, this year’s speakers will include members of the SMB partner community discussing career turning points and major business challenges. One such presenter was responsible for the technology-related aspects of distributing restitution payments to families and individuals impacted by the 9/11 attacks on the World Trade Center, according to Jerry Koutavas, ASCII’s president.

“We’re upping our game on the keynote speakers,” he says.

Along those same lines, this year’s presenter lineup includes an appearance by Jeff “Skunk” Baxter, a co-founder of the band Steely Dan and former guitarist for The Doobie Brothers who now “advises top military and civilian groups on biological warfare, next-generation technology and unconventional strategies,” according to an online bio.

Baxter, who Koutavas says is the first ASCII Success Summit keynoter ever to request a guitar and amplifier on stage, will be discussing the importance of creative thinking in today’s unpredictable, high-speed marketplace, as well as techniques for outfoxing competitors.

In addition to main stage presentations like Baxter’s, attendees will also have access to a solution pavilion featuring products and services from over 40 vendors, as well as extensive peer-to-peer networking time.

2016 is “at least the 10th year” ASCII has been holding summit events, says Koutavas, who adds that staging an event that’s productive for attendees but doesn’t require a major investment of time and money is a top priority for him and his event planning team.

“We're pulling off an event that at this point is almost a national event but held at a regional level,” he says.

Best End Point Backup Products | Should Non-profits Get a Discount? | How to Retain Clients | and more
November 4th, 2019