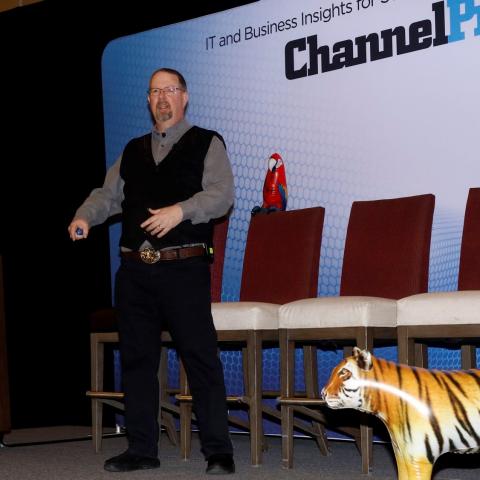 ChannelPro had a chance to catch up with Egnyte and Zorus at the ChannelPro SMB Forum in Dallas this week.

Egnyte, a cloud-based content security, compliance, and collaboration tools provider, will be making its architecture, engineering and construction (AEC) solution available to MSP partners in the next 30-60 days. The vertical tool set, built on top of the Egnyte platform, was released earlier in the year for direct sale.

“Because of the way we handle our file system, it works very well for large files as well as places that may not have great internet, like job site trailers, for example,” says Eric Anthony (pictured above), Egnyte’s director of MSP community and partner enablement. “We also integrate with a lot of the line-of-business applications that that industry uses,” such as CAD and project management software specific to the construction industry, he explains.

The solution is available to partners on a limited basis now, but Egnyte plans to offer it to all partners through the reseller portal soon.

Also in Q3, according to Anthony, the vendor will be adding a feature to the partner dashboard “that will allow them to go directly from there and manage the individual instance of Egnyte for their client,” rather than use a separate set of credentials. “What we're doing is making it a one-click capability to go from the dashboard into that file system so that they can do the type of management that they would do on an on-premises file server, but in the cloud.” 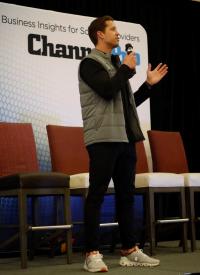 Zorus raised $9 million in Series A funding in December, led by Asymmetric Capital Partners with additional capital coming from Innospark Ventures and existing seed investor General Catalyst. The funding “was a huge milestone for us and we wanted to just build out our product [and] engineering teams,” Keith says. “Brett’s been essentially leading that charge for us.”

After ConnectWise Automate, Keith says a Datto RMM integration will follow shortly, then they’ll turn to the other large players.

In addition, Zorus will be enhancing the reporting capabilities of its Triton employee engagement product by a target date of mid to late July.

Finally, Keith says, Zorus will roll out a revamped partner program with a “benefits focused” approach some time in Q3. “Anything that we can do as an organization, that's going to make life easier for our partners, that's certainly something that we want to lean into.”

Keith says Zorus currently has a few hundred MSP partners, and he is “excited about pretty aggressive growth goals for us.”