ICYMI: Our Channel News Roundup for the Week of September 9th 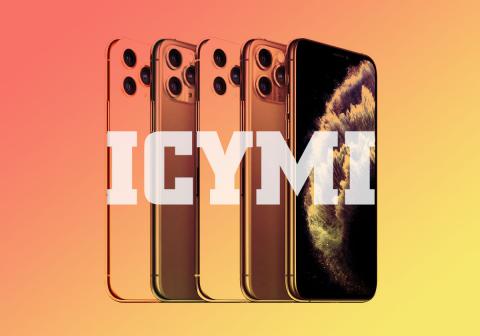 A big compliance investment from Kaseya, pricey new devices from Apple, and a phobic reaction to those devices that Apple probably didn’t anticipate are but a few of the stories we’re finally telling you about. By James E. Gaskin
Tweet

Today is Friday the 13th, but don’t let that scare you. There’s no bad luck in technology, is there? Of course not. And since school, the NFL, and Fantasy Football have started, it’s unofficially fall. Or maybe winter in Utah, Wyoming, and Nevada as the first snowfall of the season dusted the higher elevations. If the Farmers’ Almanac is correct, this will be a “colder-than-normal” winter (maybe “bitterly cold”) east of the Rockies, so bundle up and grab these newsbits while they’re hot. 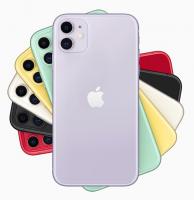 Pricey new toys from Apple (and partners). But it was warm in Cupertino, Calif., in the House That Steve Built, at Apple’s unveiling of the iPhone 11 (pictured) and more. The A13 Bionic chip, Apple says, is the fastest ever in a smartphone providing up to 20% better performance. Want more colors? The back, precision milled from a single piece of glass, comes in six new shades. Better selfies. Oh, and you can talk on it—that feature hasn’t been eliminated yet.

Got more money in your pocket? Try the new iPhone 11 Pro and iPhone 11 Pro Max. Longest battery life ever, three camera lenses hiding in the back, five different colors (including one that looks like Army green), Face ID, Gigabit-class LTE, and a brighter, sharper screen are just some of the improvements. All new phones can be pre-ordered starting today and general availability is Friday, September 20th. Let the fanbois lines begin to clutter the sidewalk early Thursday morning.

Bigger but less expensive could be the unusual tag for the new iPads. 10.2-inch models with Retina Display, Apple Pencil, and Smart Keyboard support start at $329. Good news for schools still crazy about iPads for students, and for those who want free setup in the stores starting September 30th.

Logitech has two covers and keyboards for the new iPads. Rough on your gear? Try the case with military-grade drop protection. Or go for the sleek and slim version. Or go for the updated Combo 3 Keyboard Case designed for the horrors of student use.

Sure, your new iPhone will look cool. But keeping it cool, and protected, is the job of the new Razer Arctech Pro case. Cooler phones get longer battery life.

Unfortunately, a higher Apple profile means more attention from the wrong people. Kaspersky Research found over 1.6 million phishing attacks disguised as Apple missives in the first six months of this year. Fraudulent web pages pretending to be Apple sites were up nine percent since 2018. Beware those spam emails pretending to be from Apple support. 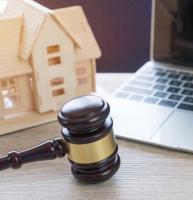 Hello to Kaspersky Incident Communications, a new service to help clients develop effective strategies when a security breach occurs. Help is needed, since the average financial impact of a data breach in 2018 was $1.23 million.

Where there’s sports, there’s cheaters. Hence the new beta of Kaspersky Anti-Cheat, a cloud-based offering to keep eSports contests on the up-and-up. Guess they need it, since one in three players admits fudging at least a little.

Data loss is tough, and companies need all the smarts they can get to prevent it. That’s the push behind the team-up of Ingram Micro and Israeli cybersecurity startup ItsMine on AI-based DLP tools.

AI also powers the email security solution from Vade Secure that Exclusive Networks just added to its cybersecurity portfolio. Install it in just a few clicks.

Data needs protection when flying across networks. That led Palo Alto Networks and Citrix to make deploying firewalls in SD-WAN environments easier than ever.

Privileged Access Analytics (PAA) player Vectra and the Cognito platform are working together to enforce zero trust. Isn’t zero the amount you trust most users? 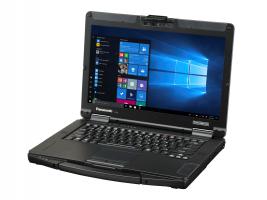 Other product news. Light and bright should be the tag for the new Epson Home Cinema 3800 and 3200 4K PRO-UHD projectors. More compact, more affordable, and support HDMI 2.0 for 18 Gbps. Grabbable this fall.

Or upgrade your screen with the new LG 2019 OLED TVs with NVIDIA G-SYNC support. Models range from 55 to 77 inches for eye-popping gaming.

Both are available included in the Poly Device as a Service program for financial flexibility.

Longtime SaaS star Zoho rolled out the next generation of Zoho One, the “operating system” for businesses that can run entire organizations. Includes Zoho Telephony, so you may need some of those new Poly phones.

Tough job? Need a computer to do it? You should check out the new Panasonic TOUGHBOOK 55 (pictured). 8th Gen Intel chips, modular design so you can get the exact system you need, and it looks like you could pound nails with it. Don’t, but it looks that tough.

M-Files enhanced its Microsoft Teams solution for AI-powered information management across different Teams channels, O365 apps, SharePoint sites, and other systems. All from within the Teams application.

During its Illuminate user conference, Sumo Logic revved up many tools including dashboard visualization, data enrichment for logs, and metrics transformation rules. 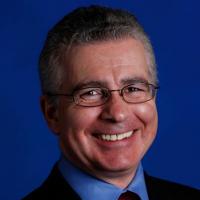 Wave hello to Frank Picarello, the new CEO at CloudJumper.

Alliance of Channel Women announced the winners of the 2019 LEAD Awards:

Which tech area needs better security? Well, all of them, but in this case, we’re focusing on the Internet of Things. Avnet and Trusted Objects entered a strategic alliance to bring end-to-end security solutions for low-power IoT devices.

Western Digital acquired Kazan Networks, provider of NVMe-over-Fabric ASIC and adapter products. No terms were disclosed, but hotshot data centers should be interested.

AVANT Communications spun out a new market research initiative tagged AVANT Analytics. The inaugural 6-12 Report looks at IT landscape disruptions for the next 6-12 months. In this case, SD-WAN keeps growing, and carries 63% of broadband traffic.

Need to know which batteries work best in UPS applications? Try the new web-based tool that lets you model the long-term costs of Li-ion cells over traditional Valve Regulated Lead-Acid (VRLA) batteries. From Schneider Electric. TL;DR Li-ion batteries have a 10 to 40% lower TCO.

While it’s too soon to see a surge thanks to the new iPhones, the IDC Worldwide Quarterly Mobile Phone Tracker expects the market to be nearly flat in the second half of 2019, but to decline 2.2% over 2018 for the year as a whole. The good news is that the growing availability of 5G, (and maybe new iPhones), will start an upward trend in 2020 (growth of 1.6%) that will reverse a three-year global contraction in sales. By 2023, the market should grow by 28.1%. Despite the new iPhones, Android’s share worldwide will sneak up to 87% of the market in 2019 compared to 85.1% in 2018.

No surprise, perhaps, but validation from the new Internet of Things in the Criminal Underground report from Trend Micro. Turns out malware mucks are talking amongst themselves and gathering ideas for how better to attack IoT devices. The most advanced forums are in Russian and Portuguese (from Brazil). Routers, webcams, and printers are the focus more often than not, especially on the consumer side. Trend Micro suggest vendors get serious about security in the device design phase.

Need more security help? Ha ha, there’s not many options, says the SolarWinds IT Pro Day 2019 survey: Building Confidence for Tech Pros of Tomorrow. Why not? Sixty percent of survey respondents have not actively pursued a new skill or completed a certification in the last six months. Nearly half of those who did start a certification process didn’t finish due to lack of time to commit. In other words, too busy working to learn how to get better at their jobs. Business leaders can help by offering increased support and budget for upskill activities. Besides that, adding skills in interpersonal communications is critical for techs looking to move up the career ladder, but they aren’t getting enough of that training, either.

CompTIA’s report, “The Drone Market: Insights from Customers and Providers” suggests that the drone market keeps going up and up (editor: sorry). Manufacturers, drone solution providers (DSPs), MSPs, distributors, operators, and others in the drone ecosystem have significantly untapped market potential open to them. About a third of companies manage drone tech internally, while 27% rely on DSPs or related firms. 39% do a mix of both. Many are looking for a single drone services provider to handle all of their needs, especially in areas such as data and analytics. Nearly half of the respondents tagged their drone efforts as new, and done to accomplish something not previously possible. 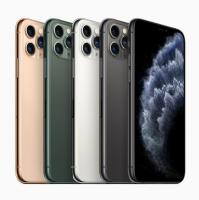 iPhobia. Do you have trypophobia? Ever heard of it? It’s an intense fear of small holes and clusters of circles and bumps, like in honeycombs, lotus flowers, and even bubble baths. Why is this important? The three camera lenses on the backs of the iPhone 11 Pro and Pro Max models trigger trypophobia in many people.

Scientists don’t have a lot of research in this area, but these patterns are often found on poisonous animals. Yep, that’s scary, but we always focused on the fangs, not the spots.

And you thought the jokes were all about the costs? Some prices actually dropped, so you can now get change from a $1,000 bill, at least for the base model.

Apple has yet to comment, but that won’t stop us. Trypophobia is no joke for sufferers, like the 16% of U.K.’s adult population that finds images of a lotus seed pod “uncomfortable or repulsive” to look at.

Amazing: Jony Ive, the designer credited with so many of Apple’s design wins, is leaving after designing an iPhone a considerable number of people consider “repulsive”. Oops.