ICYMI: Our Channel News Roundup for the Week of September 24th 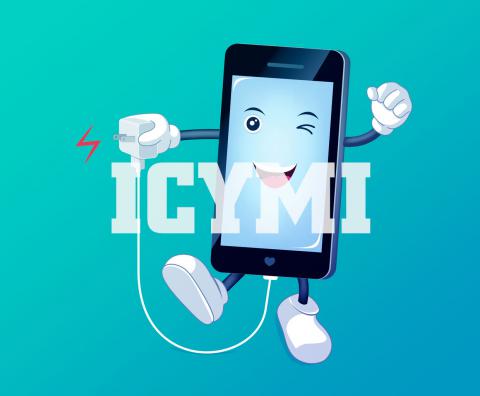 Alliance news from Dreamforce, partner news from Microsoft Ignite, and an illustration of just how desperate some folks get when their smartphone is running low on power are among the stories we’ve finally roused ourselves to tell you about. By James E. Gaskin
Tweet

Isn’t this the way it goes? Fall arrives, and rather than embracing the crisp air of autumn we lock ourselves into conferences and user group meetings with thousands of other people? And even worse, while we focus on the demonstrations in front of us, other news stories zip past us while we’re not looking. So let’s take a look at some of the bits that slipped by. 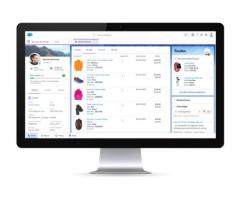 Dreamforce news. Held in SanFran, where fall brings warmer weather than summer, Dreamforce attracted thousands of Salesforce users. One big newsbit is the announcement of Salesforce Customer 360 (pictured), a new way for companies to connect Salesforce apps and deliver unified cross-channel customer experiences. Includes a click-based UI for app and data management, a reconciled 360 ID and profile across apps, and pre-built packages for service, marketing, and commerce.

Clouds beget more clouds as Salesforce and Amazon Web Services expanded their global strategic alliance and added new product integrations. Easier data synchronization across AWS and Salesforce is just one of many improvements.

Another pairing: Salesforce and Apple get together to allow the CRM to embrace native iOS support and deliver exclusive new features on iPhones and iPads.

Riverbed rolled out a series of product integrations with Microsoft, like the one between Riverbed SteelConnect SD-WAN and Microsoft Azure WAN with local branch path steering for Microsoft Office 365, and the one linking SteelFusion with Microsoft Hyper-V.

Good news to help avoid boring meetings: Crestron (collaboration) pulled the curtain on the Crestron Flex portfolio, a new line of communication and collaboration products that work quite well with Microsoft Teams.

Archive360 (information management) became one of the first to be added to the Microsoft Azure Data Box Partner Program thanks to its support of Azure Data Box. Archive2Azure customers should pay attention.

Sumo Logic (analytics) got into the Azure swing of things with the release of new Sumo Logic apps for Microsoft Azure Services and integrations with Azure Monitor and Blob Storage. Wait—nobody can contain The Blob. Not even Steve McQueen. 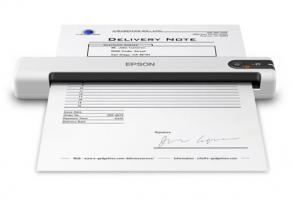 Yes, product news not from a conference. Tired of crowding around somebody’s phone to see photos? Some of those photos deserve better, so take them from virtual to real with the new Epson Expression Premium XP-7100 Small-in-One Printer. Grab an 8x10” or 4x6” hard copy as quickly as 12 seconds.

Need to print something a little bigger, like a blueprint perhaps? Consider Epson's new 24-Inch SureColor T3470 and 36-Inch SureColor T5470 models, the latest additions to its T-Series printer line.

Got paper? You might need Epson’s new DS-70 (pictured) or DS-80W portable document scanners, their fastest and smallest such units ever.

Alternatively, you can use one of Panasonic’s new scanners. The KV-N1058X and KV-N1028X come with 5-inch color touch panel displays, network scanning support, and advanced security features.

Once scanned, documents may need some more attention. Check out the launch of ABBYY FlexiCapture 12 Release 2 enterprise capture program with improved performance and faster processing speeds. It runs natively in the cloud too.

Manage any endpoint with the new unified endpoint management edition of Desktop Central from ManageEngine. Get a grip on desktops, laptops, phones, tablets, and even servers from one screen. Want more? Here you go: Browser Security Plus to protect against web-based cyberattacks.

The Ipswitch WhatsUp Gold Service Pack 2 including Network Traffic Analysis can pinpoint who and what is accessing the dark web from corporate networks.

Not Impossible Labs and Avnet enabled the deaf to experience live music with wearables called Music: Not Impossible packing “Vibrotextile” technology. An audience of hearing and deaf fans experienced rock band Greta Van Fleet at the Life is Beautiful Festival in Las Vegas.

Freshworks (customer engagement) launched a unified marketplace platform to allow developers to easily build apps that give customers a 360-degree view of customer information. Freshworks Marketplace originally launched as an app store in 2016 but didn’t stop there. 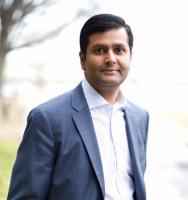 OSIsoft (operational intelligence) unveiled a Value Added Resellers program. Qualifying resellers can add their own solutions to the PI System OSIsoft for utilities, oil refineries, factories, and other industrial facilities.

Vonage acquired privately-held NewVoiceMedia (contact center as a service). The all-cash transaction added up to $350 million.

TeamViewer and Device Authority partnered to improve the connectivity and security of IoT applications, devices, and data.

Cloudflare (security) and US Signal (IT solutions provider) did the handshake to strengthen DDoS protections.

CompTIA’s “7th State of the Channel: Trends in the Technology Ecosystem,” report includes some encouraging news for channel pros. Thanks to rising customer demand, 72 percent of channel companies have dived into some manner of emerging technology. Not hard to sell when customers are banging on the door with purchase demands (maybe not quite that easy). IoT software (48 percent), IoT hardware (47 percent), and artificial intelligence (42 percent) led the way, followed by virtual reality and blockchain. Overall, 75 percent of channelers are optimistic about the channel’s future, compared to 63 percent back in 2016.

Windows 10 has reached critical mass, finally, says Adaptiva in its 2018 Enterprise Endpoint Security Survey. Over half of respondents say Windows 10 is their OS now, yet less than half feel they have enough staff to maintain “security hygiene” on all systems at all times. Unfortunately, 14 percent surveyed have Win10 on 10 percent or fewer systems. Really? Must make it hard to maintain security hygiene with the majority who say endpoints should be inspected daily or even hourly. Of course, two-thirds admit Windows OS and application patching was the most difficult.

Smarter is better, indicates the IDC Worldwide Semiannual Cognitive Artificial Intelligence Systems Spending Guide. Spending in 2022 on cognitive and AI systems will hit $77.6 billion, more than three times the $24 billion of planned outlays in 2018. Software leads the way in spending, with a five-year CAGR of 43.1 percent. Two hot areas are conversational AI apps like personal assistants and chatbots, and deep learning and machine learning applications. Hardware ranks second on the spending list, mostly for servers and storage, although spending on related IT and business services may eke out a second-place spot late in the forecast period. Most money in 2018 will be thrown at automated customer service agents ($2.9 billion), automated threat intelligence and prevention systems ($1.9 billion), sales process recommendation and automation ($1.7 billion) and automated preventive maintenance ($1.7 billion). The banking and retail segments are both expected to spend more than $4 billion on AI this year. 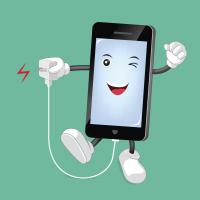 Low phone battery leads to desperate actions. You know that panic that rises as your phone battery charge drops? Brow sweat? Tight chest? Trembling fingers caressing your lovely yet almost lifeless smartphone? Some people react not with panic, but with action. In India, a man on an IndiGo flight originating in Mumbai stormed the cockpit to find a plug to charge his phone. It did not go well, because luckily for everyone involved, the flight had yet to take off. As it was, the man and his dying phone were removed and handed to the police “on grounds of a security violation.” Isn’t that a polite way to say “welcome to the slammer”? Are you surprised to hear the phone’s owner may have been intoxicated?

Earlier in the week, a passenger on another flight in India tried to open the rear door while in flight. No reason was given, but we’re betting he patted his pocket, realized his phone was at home, and tried to go get it.

LG Gram for Business 17 (2020): Big Reasons to Like It
END_OF_DOCUMENT_TOKEN_TO_BE_REPLACED