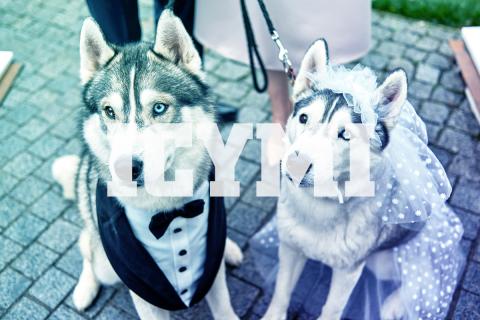 New Windows 11 devices from Microsoft and HP, a new partnership between Nutanix and Citrix, new email encryption capabilities from Zix, and what stands to be the world’s largest dog wedding are all among the stories we’ve finally gotten to. By James E. Gaskin
Tweet

Now that fall is officially underway and you’ve been warned how hurricane season is at the halfway point, take the list of Emmy winners this week and make your new seasonal binge list while you hide inside. Love comedies? Eight made the cut, and if you have Apple TV+, you can binge the winner, Ted Lasso. Prefer drama? Another eight to choose from. Prefer IT? Here’s the winning newstips for the week.

News from the big dogs. The best way to test a new operating system, according to many, is on new equipment. Microsoft obliges with a batch of new Surface products (pictured), all with Windows 11 installed. Go laptop with the 14-inch Microsoft Surface Laptop Studio, built for the power user, or go tablet with the Surface Pro 8, Go 3, or Pro X. Call home on the Surface Duo 2, the foldable fone, er, phone.

Nutanix .NEXT news. Citrix and Nutanix teamed up to provide better hybrid systems. Nutanix will be a Citrix preferred choice for hyperconverged infrastructure and hybrid multicloud deployments of Citrix’s desktop-as-a-service and Virtual Apps and Desktops service, and Citrix will be the preferred enterprise end user computing solution on the Nutanix Cloud Platform.

The dirtiest word in hybrid multicloud computing today is “silo,” according to the new features in the Nutanix Cloud Platform including AOS version 6 software. Get to virtual private clouds in your hybrid multicloud easier than ever all while following automated zero-trust security policies.

Clouds are full of data, which means far too much unstructured data from users who don’t follow directions and the applications they use. Good thing one of the new features in the Nutanix Cloud Platform will provide unstructured data tiering from on-premises to cloud with up to a 2x storage performance boost for database workstations. 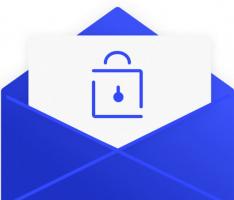 Go beyond customization and get personalization with the new Acumatica 2021 R2 release. Its cloud ERP software adjusts to each customer’s individual needs and added a consolidated toolbar among other goodies. 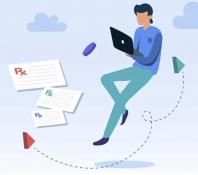 Non-product vendor news. AppDynamics moved to a 100% channel-centric route to market and added a new “Elite” level to its Global Partner Program.

Brother partnered with TroyRX to be its DischargeRX software printer supplier to print secure scripts on plain paper when necessary.

There’s a new tier of the Alert Logic Partner Connect program to improve unit economics and value for MSP clients. To focus your sales team, point them to the First Deal and New Partner incentive awards ($$$).

SCORE released The Megaphone of Main Street: Small Business Jobs Report and found almost nine of ten (89.5%) business owners rated hiring new employees as “somewhat or very difficult.” Two-thirds (61.2%) have unfilled jobs currently. Personnel problems regularly shut down small businesses, like coffee shops shut down some days for insufficient staffing. Problems include a lack of applicants (48.9%), lack of qualified applicants (53%), and the need to raise wages to be competitive (54.7%). These issues now affect twice as many businesses as during 2017. 72.7% report hiring is either somewhat or very difficult.

LogMeIn’s LastPass released its fourth Psychology of Passwords global report, and you’ll be shocked, shocked, to learn that 65% of people reuse passwords across accounts. Yep, two out of three will admit it, meaning the number is likely higher. This despite the fact that 92% say they know doing so is a risk. Those working at home weren’t any more careful, resulting in 85% of data breaches coming from the human element through phishing or human error. Add in the fact that COVID-19 increased online time, with 90% reporting they have up to 50 online applications or accounts. At least some users take more care of certain data. Only 32% said they created strong passwords for work-related accounts, but 68% said they created stronger passwords for financial accounts. 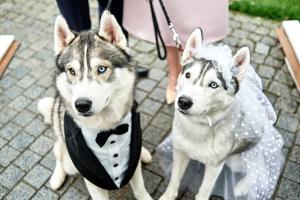 I now pronounce you Spot and Fido. Mark it on your calendar and check the gift registry, because a world-record number of weddings will take place this Saturday the 25th, at least if the over 178 couples invited show up to get hitched. A bunch of desperate singles released from quarantine?

Almost. This is an attempt to break the record for largest dog wedding ceremony. Single doggies can attend a “doggy speed-dating” session before the ceremony to find their true love.

How is this not a reality TV show?