ICYMI: Our Channel News Roundup for the Week of September 19th 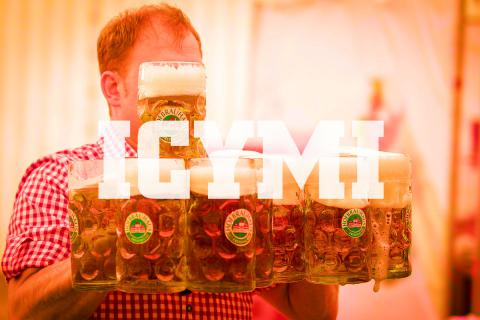 A whole storm front’s worth of new clouds from Oracle, an oddly long list of executive appointments, and a high-volume delivery system for our favorite foamy beverage are all among the stories we didn’t find time to cover this week. By Rich Freeman
Tweet

Hey, this is interesting! It turns out day and night aren’t equally long during an equinox, like the autumnal one that occurred yesterday. The explanation has to do with atmospheric refraction among other things, and…OK, OK, we admit it. We’re just trying to distract you once more from the mad pile of IT news we didn’t write up this week. Better recap it all for you while there’s still daylight out there.

No, I mean it, we’re really, really serious about this cloud thing. That was the overarching theme at Oracle’s OpenWorld conference in San Francisco this week. Though “theme” doesn’t really do justice to the almost inhuman persistence with which Oracle (when not trash talking competitors) loudly underscored its total, complete, and irrevocable devotion to cloud computing by rolling out a parade of new online offerings, including Infrastructure-as-a-Service and Database-as-a-Service solutions, a cloud analytics platform, enhancements to its Software-as-a-Service products, and a low-code application development environment.

Get the message? Let me make sure, just in case, on Larry Ellison’s behalf. CLOUD! The message is cloud, dammit, and the good folks at Oracle are going to keep throwing more of it at you until people start buying it. Which, apparently, they have.

Still need convincing? Listen to these guys. Because Oracle partners got in on the act too:

Meanwhile, over in Vegas...IBM struggled to get attention for the cloud news it broke at its Edge 2016 event. Had Oracle not hogged the spotlight so successfully, Big Blue would have told you about its new OpenStack-based IBM Power Systems hybrid cloud products and SaaS-based z Systems Operational Insights performance analytics solution. There were also a bunch of new alliance announcements, including most notably one involving Red Hat (which had other things to celebrate this week as well).

Touché, Microsoft. Just two weeks after we suggested you were saving all your big news for next week’s Ignite conference you gave the world 40 billion reasons why we were wrong. We’re referring, of course, to the $40 billion Microsoft plans to spend on a new stock buyback program, an enormous sum in relation to everything except the $73 billion or so of cash still burning a hole in Satya Nadella’s pocket.

Anyway, that giant pile of money had everyone so dazed you could easily have missed the announcement that Microsoft’s Worldwide Partner Group has a new CTO. His name is Eduardo Kassner and he’s been with the company since 2005, is something of a cloud maven, and will be speaking at Ignite.

As for product news from Microsoft, the pickings were pretty slim this week, though it’s probably worth mentioning that the iOS version of the company’s Project Time Reporter app, which lets Project Online users file timesheets and update tasks from mobile devices, has arrived in the App Store and that an early release of Microsoft’s intriguing blockchain infrastructure solution is now available.

Elsewhere in the enchanted realm of new products this week. We learned this:

Coincidence or conspiracy? Call us paranoid, but there’s something just plain suspicious about all the executive appointments announced this week. For example:

And yes, there were non-executive stories from vendors this week too. Like these:

This just in from our Uplifting as Well as Newsworthy department.

Two miles of foamy goodness. Forget about waffles. What they’re really good at in Belgium is beer—and distribution apparently as well. Indeed, De Halve Maan, a Belgian brewer with roots extending back at least as far as 1564, has recently completed what’s been billed as the world’s first beer pipeline, a two-mile underground connection between its main production facility in the cobblestoned city of Bruges and a bottling plant outside of town.

And no, this has nothing to do with the technology industry. We just love having an excuse to say the words “beer pipeline.” I mean, imagine it flowing straight to your home. An endless, on-demand supply of Straffe Hendrik, which we’ve never heard of but is probably delicious. Why, you’d never have to think about what to pour yourself before sitting down to eat one of these things.