ICYMI: Our Channel News Roundup for the Week of September 17th 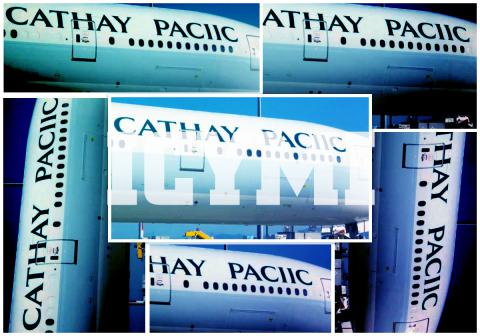 A PowerPoint alternative from Salesforce, a managed desktop service from Microsoft, and a hint of the chaos that would reign in a world without editors are among the stories we took our sweet time getting around to this week. By James E. Gaskin
Tweet

Fall is rolling along nicely, although far too wet for many. College football is underway, the NFL is underway, and NBA teams will soon go to training camp—all the normal fall things. WAIT! This just in! The Cleveland Browns just won a football game! Fans only had to wait 635 days (since Christmas Eve, 2016) for another victory. What a dream come true and wonderful segue to pre-Dreamforce announcements. 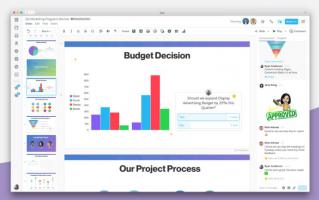 Pre-Dreamforce news from Salesforce. Salesforce leads the way in the modern CRM world. What do salespeople need most besides more sales? Better coordination and communication with the rest of the company. Salesforce just rolled out Quip Slides. “With documents, spreadsheets, chat and now slides, Quip delivers a single canvas that empowers teams to collaborate and make decisions faster than ever.” Designed as mobile-first, with live data, chat, co-editing, engagement insights and more, Quip might be an answer to Death By PowerPoint.

New advancements to the Salesforce Financial Services Cloud for wealth managers and retail bankers to better serve clients will be available later this month. Ties to commercial banking apps, schedulers, surveys, and even Einstein Bots for using rules-based intelligence to route tasks and make recommendations are all included.

Microsoft gets into managed services? With the new Microsoft Managed Desktop (MMD), Redmonites may in fact be putting a toe in the MSP world. A small number of customers in the U.S. and U.K. are live now, testing the cloud-based service, which includes subscription-priced hardware, Microsoft 365 Enterprise, and remote management and monitoring from Microsoft. If all goes well, MMD may roll out to your area in the second half of 2019. 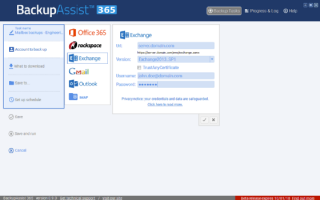 Time to talk security. Barracuda now offers one SKU for Barracuda Total Email Protection. This includes their Essentials email security system, Sentinel spear phishing and fraud prevention solution, and PhishLine end user awareness offering. Remember when all we had to worry about in email were too many male enhancement ads? Ah, good times.

A new rev has arrived for Kaspersky Small Office Security, which adds new protection from ransomware and crypto-miners for file servers as well as protection for Windows machines during computer reboot and application updates. An upgraded web console will help the 32 percent of small companies that have no employees with cybersecurity experience.

Just launched, BackupAssist 365 (pictured) is an easy to use cloud-to-local solution that allows small and medium businesses to keep a local backup copy of their cloud-based emails and files on-prem. Better compliance and executive peace of mind and all that.

Say hello to the new Trusted Wireless Environment framework from WatchGuard Technologies. Would cybercriminals leverage weak Wi-Fi security to hack your network? Why yes, yes they would.

ManageEngine (IT management) released Browser Security Plus. The browser management tool helps secure corporate data in the cloud and protect against web-based cyberattacks. 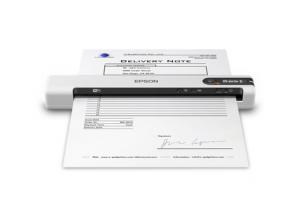 Other products made some news, too. Do you find yourself wandering to places with paper that needs to be scanned? Then take look at the new Epson America DS-70 and DS-80W (pictured) portable document scanners. Powered by USB or batteries, the pair are compatible with Windows and Mac. The DS-70 scans a single page in as few as 5.5 seconds, and the wireless DS-80W does the same in as few as four seconds. Available now for your laptop bag.

Non-mobile scanners from Panasonic include two new network models, the KV-N1058x and KV1028X. Both have integrated 5-inch color touch screens, offer security against unauthorized use and network protection, and include the next generation of Panasonic’s Image Capture Mobile to scan documents directly to mobile devices.

Jamf (Apple ecosystem management) is ready for Apple’s release of iOS 12 and tvOS 12, both available this week. One goodie? Delay iOS updates for up to 90 days. Let others test those update waters first. 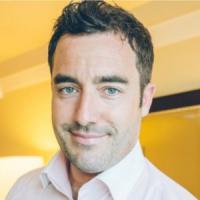 Vonage put up a comparatively modest $350 million in cash for privately-held NewVoiceMedia, a contact center-as-a-service provider.

US Signal (IT solutions provider) did the dance with Cloudflare (performance and security). Result? A fully managed and customizable DDoS protection service.

Reinvent Telecom (communications) joined the Cloud Communications Alliance. Have they learned the secret handshake yet?

Even the marginally intelligent know that artificial intelligence has become big big big. How big? According to IDC’s Worldwide Semiannual Cognitive Artificial Intelligence Systems Spending Guide, big enough to generate $77.6 billion in revenue by 2022. That’s three times more than the expected total of $24 billion for 2018. Fastest growing segment? Software, which should get about 40 percent of all spending. Two big big solution areas are conversational AI (chatbots and assistants) and deep learning and machine learning (big data projects). Hardware ranks second on the spending list, mostly for servers and storage, although spending on related IT and business services may eke out second late in the forecast period. Most money in 2018 will be thrown at automated customer service agents ($2.9 billion), automated threat intelligence and prevention systems ($1.9 billion), sales process recommendation and automation ($1.7 billion), and automated preventive maintenance ($1.7 billion). The banking and retail segments are both expected to spend more than $4 billion on AI this year.

According to Kaspersky Lab’s New Trends in the World of IoT Threats report, analyzing the first half of 2018, IoT devices were attached with more than 120,000 modifications of malware. That’s triple the attacks recorded in all of 2017. Routers were most often compromised and originated 60 percent of registered attack attempts. Surprisingly, attacks were also traced back to 33 different washing machines. Most popular attack is still the brute force of passwords, used in 93 percent of attacks. Once compromised, the zombie IoT devices were mostly used to launch DDoS attacks. Really? Washing machines can be turned against us?

Surveying 500 small to medium business across the U.S., the 2018 Webroot SMB Pulse Report found that phishing scams were the top cybersecurity threat so far this year. Nearly a quarter of companies reported phishing as the number one threat. About two in ten reported ransomware as the second leading threat. But since phishing often leads to ransomware, it all gets confusing fast. Something else that’s confused? Small companies with 19 or fewer employees, because not one employee in 66 percent of business respondents has any cybersecurity training. Worse, 13 percent of companies with 100-500 employees don’t have any type of cybersecurity training program in place. Sigh. 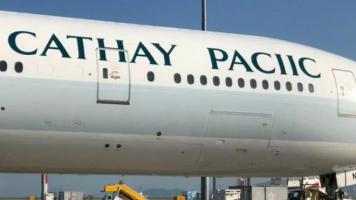 Proof positive the world really does need editors. Hong Kong-based Cathay Pacific airline seems to have a quality assurance problem in the painting department. This week, a freshly-painted plane proudly joined the Cathay PACIIC fleet. They F’d up by leaving the F out.

Someone at Haeco, a sister company responsible for the paint job, was at a loss to explain. There’s a large stencil, so there should have been a blank space if the painters missed painting a spot. Maybe some genius vice president decided to cut the stencil into single letters to save storage space. Oops. And airplane painting costs thousands of dollars, so it’s not just an oopsie that’s easy to overlook.

A few years ago, the same airline painted the logo backwards. This time they just don’t give an F. Actually, they do. The airline announced on its Facebook page that the repaint job would be done soon. Hopefully an editor will be involved to check the results before the airline makes bad logo news yet again. New motto: DDSS (Don’t Do Stupid Stuff).

About time. The letter 'F' is totally overrated. Other than calling it out, it wasn't needed anywhere in this entire comment. And since phonetically it can be replicated by "ph" we should just drop it phrom our alphabet entirely and phorget it ever existed. ;-)

ChannelPro 5 Minute Roundup for the Week of July 26th, 2021
END_OF_DOCUMENT_TOKEN_TO_BE_REPLACED

Jabra PanaCast Review - Get Your Huddle On
END_OF_DOCUMENT_TOKEN_TO_BE_REPLACED