ICYMI: Our Channel News Roundup for the Week of September 12th 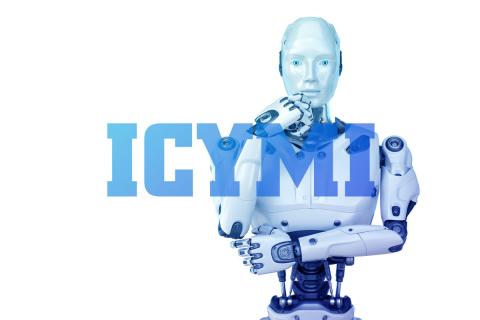 Cloud goodies from Dell, partner program updates from GoTo and Kaspersky, a new marketing exec for NinjaOne, and a big promotion for one of our robot overlords are among the stories we waited until just before the weekend to bring your way. By James E. Gaskin
Tweet

Did Amazon deliver your football fix on Thursday night? For the first time, an NFL regular season game streamed through Amazon’s Prime Video service. Shoppers, er, viewers watched Kansas City roar back and prevail, 27 to 24, over the Los Angeles Chargers. However, the contents rattled around because the box was larger than it needed to be, as are these freshly delivered newstips. 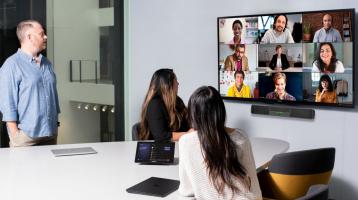 News from Dell, Microsoft, and Google. Dell partners should look up some of the new partner opportunities in the enhancements to APEX Cloud Services along with expanded resell availability. Data storage, VMware support, private and hybrid clouds, and more.

Hello to the Google Cloud Hyperdisk, the next generation of Persistent Disk, which allows you to dynamically tune block storage performance. Then there’s Filestore Enterprise multishare for Google Kubernetes Engine, and a new feature named Autoclass.

Need to stop ransomware and other malware? Of course, so check out the new teamup between MSP360 and Deep Instinct, using a prevention first approach. You can access Deep Instinct through either MSP360 Managed Backup or MSP360 RMM.

Would you rather prevent than remediate? Then the newly-launched Check Point Horizon, full of AI tech and supported by top analysts, will help you stop the bad things trying to sneak through. 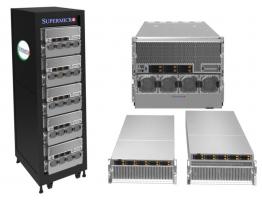 Sure, remote workers can easily handle digital documents, but that walk to the workgroup takes way longer today. Hello, new Epson Expression and WorkForce printers for home and photo printing.

The new ViewSonic TD2465 Touch Monitor works in tough environments and offers Glove Touch Mode, Water Resistant Mode, and Pen Touch Mode so you can activate the wrong dialog box in a variety of ways.

Billed as the world’s first fanless 8” fully rugged tablet with 12th Gen Intel processors, the new Durabook R8 is now on the street. Power, toughness, and reliability in under two pounds.

Your video walls can speed up their frame rates, support 4K content, and share content between systems when you upgrade to Hiperwall 8.0. Oh, yeah, zone control, too.

Partner program news. GoTo has revved up The GoTo Partner Network with a new version of the GoTo Resolve remote support tool for MSPs, and streamlined sales and demand generation for partners thanks to the new Partner Concierge Program. 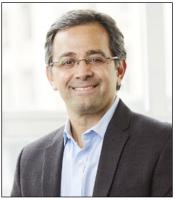 Over at LogRhythm, Gary Abad moves in as VP of global channels.

The Welcome Wagon drove over to PC Matic to drop off Stan Lupkes, the new chief operating officer.

Need a building to get smarter? The new TD SYNNEX IAconnects MobiousFlow Click-to-Run on Azure can help.

Congrats to Angie Tocco, Co-Founder and Past President of Telecom for Change, for being named the first Alliance for Channel Women Leadership Achievement Award recipient.

Vade’s 2022 SMB Cybersecurity Landscape Report, conducted by Vanson Bourne, surveyed 500 IT decision makers from organization with 10-1,000 employees. Good news for MSPs, as 96% report they currently outsource some of their needs or will in the future, and 92% are willing to listen to email security advice from an MSP. Less happy, 69% said a serious breach bypassed their current email security tools. 91% says cybersecurity is increasing in importance. Survey responders need help with threat monitoring and intrusion (43%), cybersecurity consulting (37%), and firewall management (36%). 79% experienced more cyberattacks over the past 12 months, yet 94% have a high level of confidence in their ability to completely defend themselves against all types of attacks. On the other hand, 68% agree that their security solutions are not as advanced as they could be.

Arcserve and Dimension Research surveyed 1,121 IT decision makers on data disasters. How bad? 76% reported a “severe loss” of critical data in their organizations. 45% admitted permanent data loss. Downtime of 12 hours or less is acceptable to 83% of respondents, but only 52% could recover from a severe data loss in that time. Worse, 29% couldn’t recover data for more than a day. This despite 95% claiming to have a disaster recovery plan, although only 24% have a plan that’s well documented, tested, and updated. 83% say they have data resilience in their strategies, but only 23% have a mature approach and ways to track progress. 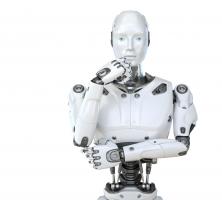 And you think your boss is inhuman. China loves to push the boundaries in all types of technology, but the gaming company Net Dragon Websoft wins this year. The company needed a CEO, so they appointed Tang Yu, an AI robot, to be General Manager of its Fujian Net Dragon Websoft subsidiary. Yes, a robot.

Ms. Tang Yu is described as a powerful AI and will focus on risk management. As the “world’s first humanoid robot” appointed to an executive position, Ms. Tang Yu plans to lead them into a metaverse-based working community.

Is today April 1st on the Chinese calendar?

ChannelPro 5 Minute Roundup for the Week of January 23rd, 2023
END_OF_DOCUMENT_TOKEN_TO_BE_REPLACED