ICYMI: Our Channel News Roundup for the Week of September 10th 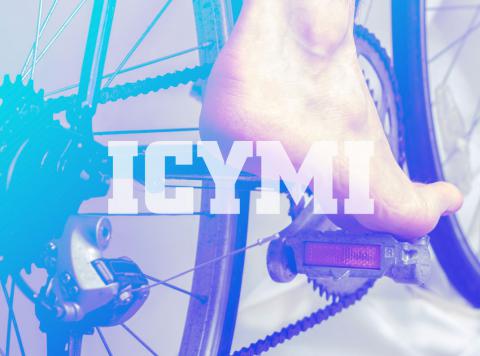 A fresh crop of iPhones, new goodies for Azure developers, and a get-together in Philadelphia combining two of America’s favorite activities—cycling and being naked—are among the stories we’ve finally gotten around to telling you about. By James E. Gaskin
Tweet

Need another indication that it’s fall? How about new apples? Not that kind, the expensive kind. Seems September has become the date for new iPhones. Surprisingly, other companies made news this week as well, so let’s catch up. 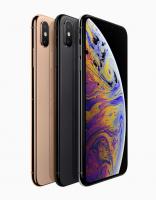 Fresh iPhones from Apple. Giving up on the whole “pocket device” concept, Apple unleashed the newest and flashiest and certainly the biggest smartphones in its expanding catalog. Labeled iPhone Xs and iPhone Xs Max, they span 5.8 and 6.5 inches, respectively, with the screen stretching from polished beveled edge to polished beveled edge. Hot new chips and advanced imaging included, but do details really matter when a new iPhone is released? Get your $999 and $1,099 bags o’ cash ready.

Prefer something bigger than 5.8 inches but smaller than 6.5? The 6.1-inch iPhone Xr is the one for you. A Liquid Retina display should show the results of the TrueDepth camera system in great detail. Six finishes to choose from, starting at $749.

More funds left in your Apple budget? Then strap on the Apple Watch Series 4. Following the trend, the display is 30 percent larger yet the case is thinner. It runs watchOS 5 with new features including an electrocardiogram app. Since faithful Apple customers are getting on in years, the new watch includes an “I’ve fallen and can’t get up” app as well. Apple calls it “fall detection utilizing a next-generation accelerometer and gyroscope,” but we know what it really is. Starts at $399 (GPS) and $499 (GPS + Cellular). Apple Watch Series 3 drops to $279.

Microsoft released Azure DevOps with a new CI/CD service called Azure Pipelines. Now you can continuously build, test, and deploy to any platform or cloud with unlimited CI/CD minutes and 10 parallel jobs for every open source project free of charge. 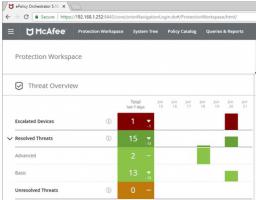 Gotta have some security news. Digital Defense, a member of the McAfee Security Innovation Alliance, certified the integration of its Frontline Vulnerability Manager with McAfee ePolicy Orchestrator. Common customers will see faster deployments and lower costs.

Veristor Systems and SentinelOne partnered so Veristor can provide SentinelOne’s endpoint protection to its customers.

Tenable, (cyber risk management) updated integrations between several of its products and ServiceNow, including one linking Tenable.io and SecurityCenter for Vulnerability Response.

eSentire teamed up with Sumo Logic to bring its managed detection and response platform together with Sumo Logic’s cloud-native security analytics. Updated modules roll out in early October.

Sumo Logic also rolled out some new goodies at its Illuminate user conference, including a new cloud SIEM solution for DevSecOps, Sumo Industry Insights, Sumo Community Insights, and a batch or two more.

LastPass (the password management part of LogMeIn) now supports the new iOS 12 from Apple (the Android app is in the Google Play Store).

Say hello to the Secureworks Security Maturity Model to help organizations evaluate their level of cybersecurity maturity relative to inherent risk. Our guess: most are at the level of teenage boys, meaning immature, incomplete, and prone to double-dumb mistakes. 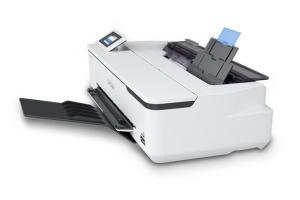 Other products have something to share. Salesforce makes it easier to build apps faster with the next generation of low-code tools. Examples? Lightning Object Creator, Lightning Flow Builder, and a smarter AppExchange.

NVIDIA Jetson Xavier, a computer designed for AI, robotics, and edge computing, will now include distribution by Arrow Electronics.

Got more data than space? Of course, you do. So check out the new Seagate IronWolf and IronWolf Pro for NAS, BarraCuda Pro for desktops, SkyHawk for surveillance uses, and Exos X14 for hyperscale data centers. That’s quite a family of 14TB hard drives. Seagate has them on the shelf now.

The DocuSign Fall ‘18 Release updates its eSignature solution and its broader System of Agreement Platform with goodies like enhanced mobility support, “Intelligent Insights”, and more.

Been using the Wi-Fi Assurance and Marvis Virtual Network Assistant from Mist? Grab your hat and take a look at some of the new features, including anomaly detection, AI-driven Radio Resource Management, and expanded Natural Language Processing.

Sprint and SoftBank teamed up with Ericsson to create the Curiosity IoT Platform for better IoT management and security. 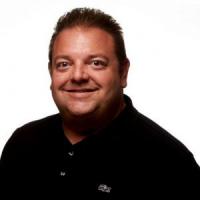 People and deals. Bitdefender brought in Monika Goldberg as its vice president of corporate marketing.

BlackBerry (aka CrackBerry back in the day) did a deal to offer SandBlast Mobile from Check Point Software along with its own BlackBerry UEM and BlackBerry Dynamics.

Also working together, in this case on a 5G networking adoption program, are Verizon and Cradlepoint.

Bomgar acquired both BeyondTrust privilege-centric security tools and the name, as the new company will be known as BeyondTrust.

Avnet goes back to school, sorta, as it partners with Arizona State University’s Ira A. Fulton Schools of Engineering to host a multi-round competition among students across the U.S. competing for a grand prize of $100,000 to continue development of new hardware technologies. Teams can sign up through the end of October.

Spiceworks, in its annual 2019 State of IT Budgets report, finds that 64 percent of those planning to increase budgets are doing so to upgrade outdated IT infrastructure. A full 89 percent of the 780 respondents from North America and Europe report growing or at least flat IT budgets for 2019. Unfortunately, just over half are on the flat budget side of the coin. Larger companies (5,000 employees) will see budgets expand by a slight majority at 56 percent growth versus flat. Hardware should get about 35 percent of those budgets. Big’uns also expect to increase their cloud budgets slightly, with 15 percent of cloud budgets going to online backup/recovery and 11 percent funding email.

The Internet Security Report for Q2 2018 from WatchGuard Technologies paints an ugly picture of password practices among government employees. About half of all government passwords are weak enough to be broken in less than two days. Ouch. Bigger ouch? That includes military employee passwords. Half the passwords associated with “.mil” and “.gov” email addresses were objectively weak. Indeed, WatchGuard tested 355,023 passwords and found 178,580 were pathetic. Yes, “123456” and “password” and “111111” were common. Also, the Mimikatz credential-stealing malware was the top threat. That means the government credentials stolen could, in at least 178,580 cases, belong to military personnel doing jobs like controlling nuclear weapons. Sleep tight!

The Kaspersky Lab 2018 B2B Survey found that North America is the top region where data breaches are most likely to be blamed on a C-suite executive. Compared to eight other global regions, North American CEOs and/or C-level presidents or executive managers were fired in 32 percent of those breaches. Worldwide, at least 42 percent of businesses experienced at least one data breach in the last year, costing an average of $1.23 million. Nearly one third of those recovery actions included laying off employees. Senior non-IT employees were flushed by 29 percent of small and medium businesses, and by 27 percent of enterprises. 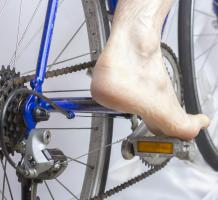 They’re always naked in Philadelphia. If you were in Philadelphia this week, you might have seen the annual Philly Naked Bike Ride. Yes, naked people on bicycles riding around Philly to protest dependence on fossil fuels, advocate for cyclist safety, and promote positive body image. Really? These are people who brag about eating Philly cheesesteak sandwiches whenever possible. Don’t believe us? Wait until you get home and search for “philly naked bike ride” and see if we’re lying.

The level of “freedom” is left to each participant, as in “go as bare as you dare.” Many dared. The 10-mile ride flashed by Independence Hall, the U.S. Mint, the Liberty Bell, and the Philadelphia Museum of Art (the Rocky steps). What a “thrill” for all the tourists, though no hospital reported treating burned retinas after the riders went by in all their birthday-suited glory.

September 10th turned out to be a nice day on for the ride. C’mon, Philly freaks, be brave: schedule the next ride in January.

Financing and Leasing Are Key to Growth in the IT Channel

ICYMI: Our Channel News Roundup for the Week of September 26th
END_OF_DOCUMENT_TOKEN_TO_BE_REPLACED