ICYMI: Our Channel News Roundup for the Week of October 28th 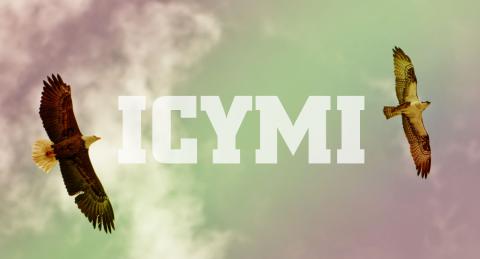 As you suffer the pangs of sugar withdrawal after your Halloween binge, focus on the extra hour of sleep you get on Sunday morning as the clocks fall back. At 2am Sunday, rewind and snore through that hour again. It will help you get the image of that sweet grandmotherly type in accounting who looked far too convincing in her ax murderer costume out of your head. And speaking of costumes, let’s catch up with some of the stories we missed because their costume was The Invisible Newsbit. 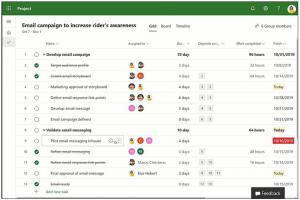 News from the big guys. One great way to keep a team on track is a collaborative project manager application. Microsoft Project, long a tool on the project manager’s computer, gets an update and goes cloud. Part of Microsoft 365, meaning cloud-based and shareable, MS Project now includes all types of integration with other Office applications and Teams. Much harder for the slacker in every group who always pretends he never got the task list to get away with it once the Team goes Project.

We all need a little help now and then. When that help includes threat hunting or protection, you now have a direct line to Microsoft Threat Experts within Microsoft Defender Advanced Threat Protection (ATP). You get a two-fer with targeted attack notifications and experts on demand.

Now that Halloween turned into a pile of candy wrappers, it’s time to think Christmas (according to the retail world at least). Gamers rejoice: Intel dropped the 9th Gen Intel Core i9-9900KS Special Edition processor. Tagged as the “world’s best for gaming, made better,” the new chip has a 4.0 GHz base frequency that turbos up to 5.0 GHz, with 8 cores, 16 threads, 16 MB Intel Smart Cache, 127W TDP, and up to 40 platform PCIe lanes. Compatible with existing Z390 motherboards.

The world can be tough, so Dell launched the Latitude 7220 Rugged Extreme tablet. 11.6-inch Full HD (1920x1080) display with anti-glare and anti-smudge coatings. Made for real workers, so you can use the tablet wearing gloves.

Cisco and Perch Security partnered to put a batch of critical security tools for MSPs in a single pane of glass. Perch has integrated with Cisco Advanced Malware Protection (AMP) for Endpoints and Cisco Umbrella, processing logs and piping them into Perch’s security information and event management (SIEM) solution.

Next spring, moving important applications stuck on-prem to a modern cloud infrastructure will be easier, thanks to HP’s new Adaptive Device Management. Better security, HP management, and analytics from HP TechPulse and Microsoft Desktop Analytics are just a few of the new features.

News from some less big but still important guys. SolarWinds announced a wave of updates across its IT Operations Management tools, including the Orion Platform suite and its application performance management (APM) suite. And you get full-stack visibility to optimize hybrid IT and Azure environments.

IoT devices in general and smart security cameras in particular generate data like crazy. Say hello to the Western Digital WD Purple SC QD101 Ultra Endurance microSD card. And, for good measure, the WD Purple 14 TB HDD for surveillance security systems. 14 TB. Remember when we were so thrilled the 80 GB drives fell into the affordable range? 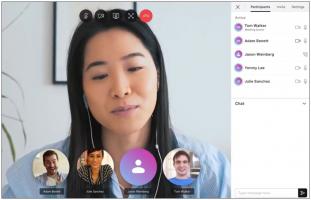 News from Vonage. 20 years is a long time in the cloud communications biz, and Vonage wants to gather the fruits of new products and nine strategic acquisitions under a new banner. Greetings, then, to a new logo, strategy, and identity as Vonage, the B2B communications SaaS leader.

During the Vonage Campus user and developer conference, Vonage launched its Conversation API, the newest addition to the Vonage API Platform. Easier to create customized, real-time conversations across multiple channels like messaging and voice. 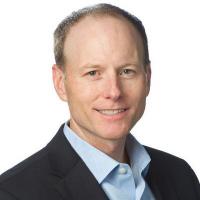 The Alliance of Channel Women named its 2020 leadership team. ACW’s new president is Amy Bailey, and Cassie Jeppson steps up to become the new vice president.

Ivanti surveyed more than 500 IT professionals in the fall and found that 59% of same don’t have all their users on Windows 10. Sure, Windows 7 was a nice OS, but regular support will stop in a little over two months. Just 39% have all their users migrated to Win10, while 23% say they expect their migration to be complete before the Win7 end-of-life date. Why the delay? Besides the fact that nothing happens without a hard deadline? Time and money, of course. Other priorities seem more important. And 40% still throw shade at Win10 concerning application readiness. Well over half (58%) worry about updates breaking applications while almost half (48%) worry they’ll impact user productivity.

The Worldwide Semiannual Digital Transformation Spending Guide from IDC forecasts worldwide spending on DX to reach $2.3 billion in 2023. That’s a five-year CAGR of 17.1%. In fact, the DX share of worldwide spending will be over half the budget (53%) in 2023. That adds up to over $7.4 trillion over the next four years. Even mature IT segments continue to push to reach DX objectives, with the financial services segment leading the way. Discrete and process manufacturing will spend the largest amounts on DX or nearly 30%. IDC has identified 219 DX use cases, but three will lead the investment parade: Autonomic operations will soon be taken over by robotic manufacturing, and freight management.

Roaming charges that fly higher and higher. Internet of Things devices often use cellular data with custom SIM cards and carrier discounts to make regular but small transmissions across the network affordable. At least that was the plan for the Russian Raptors Research and Conservation Network, which monitors eagles.

How do you track eagles? Attach a tracking beacon that calls home now and then to report its location. One eagle, Min, was tagged and scientists expected the migration route to go to Kazakhstan, where they had affordable service agreements in place.

But you know users, right? Min headed for Iran, where the texts were more than double the expected budget, costing 77 cents each. Min wandered around enough to run up a bill of over 100,000 rubles, according to the BBC.

Could be worse, Russian scientists. You could have put that tracker on E.T. and paid for those calls home.