ICYMI: Our Channel News Roundup for the Week of October 17th 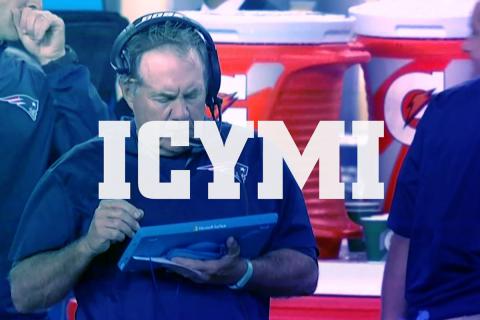 An exhausting torrent of Dell EMC news, a smaller set of announcements from VMware, and a rather public difference of opinion about a certain well-known tablet are all among the stories we didn’t get around to this week. By Rich Freeman
Tweet

Interested in Lenovo’s new converged/hyperconverged infrastructure product line? We got you covered here at ChannelPro. Want the inside scoop from Tech Data or all the details about Trend Micro’s latest product launch. Check and check. Looking for everything you need to know about the news from Dell EMC World this week? Hey look, puppies! And then, as your heart swells with puppy love, forgive us for failing to write about the following this week.

Let the inundation begin. The aforementioned Dell EMC World event was a coming out party of sorts for newly-named Dell Technologies unit, and Dell EMC turns out to be the kind of party host that figures the best way to please a crowd is to throw an endless stream of hors d’oeuvres at it. Only with Dell EMC it was product and partner program news rather than deviled eggs.

About that partner program. It was the first topic Dell EMC broached this week, and to be honest what we got turned out to be more of a tease than the “preview” we were promised. All we learned, when you boil it down, is that the program debuts in February and will include lots of tiers, including not just Gold and Platinum levels but Titanium and super ultra-premium elite Titanium Black tiers too. Except we won’t get a look at the real and final set of tiers until December, apparently.

No problem, though, because there’s all of this to chew on in the meantime:

That’s what you might call the shotgun approach to news-making. VMware, for its part, chose the sniper approach this week, making three targeted announcements at its VMworld Europe event in Barcelona, Spain:

Chinese invasion. But of the good variety, at least for fans of new mobile hardware. LeEco, the Chinese consumer electronics brand formerly known as Letv, has finally announced its long-awaited entry into the U.S. market. And unlike those wishy-washy, some-time-in-Q4 VMware folks, LeEco was pretty specific about when its smartphones, virtual reality headset, and other goodies will go on sale: A little under 2 weeks from today, on November 2nd.

Poor, poor Microsoft. With so much product news gushing forth from other big vendors, few people even noticed that:

Not that you should care as much as we do. But if this Microsoft transcription technology works as well as they say, happy days are coming soon for reporters like us who record interviews all day long.

Wait, did we call Microsoft “poor” a moment ago? Because, uh, not so much. The company collected $5.2 billion of operating income on revenues of $20.5 billion in the first quarter of its 2017 fiscal year. Fueled by 51 percent growth in Office 365 commercial revenue and a sizzling 116 percent jump in Azure revenue, those results drove Microsoft shares to an all-time high in after-hours trading and to fully double where they stood in August 2013, about six months before CEO Satya Nadella took over from predecessor Steve Ballmer.

In other earnings news this week:

And without further ado…Here’s the giant bullet list of product headlines you’ve been anxiously awaiting:

One good bullet list deserves another. Or not, but here goes anyway:

Surface spat. Turns out New England Patriots head coach Bill Belichick and Seattle Seahawks head coach Pete Carroll disagree about more than just Malcolm Butler. As you’re probably aware by now, Belichick is, shall we say, less than enamored with the Microsoft Surface tablets that are standard equipment on most NFL sidelines. Less widely reported was Carroll’s unprompted, good-natured retort the next day during his weekly Wednesday press conference: “I don’t know if it’s because we are so close to home base but, shoot, I think the quality of our stuff has been great,” he said.

And now, before you reach any conclusions about this difference of opinion, please allow us to make several shamefully cynical observations:

And last but far from least as far as Microsoft investors are concerned, there’s this: Surface revenues rose 38 percent in the most recent quarter, suggesting that for the moment at least there are more Carolls than Belichicks in the world.