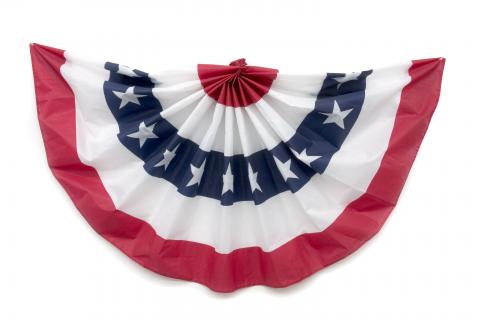 THE 2022 NOTEBOOK PRIMARIES are in full swing! Major OS parties are looking for the laptops that will win over business voters this fall. OEMs have been prepping their contenders and hitting the PR campaign trail in hopes of landing at the top of the ticket.

It’s been a long road for the candidates. Processors have been running hot, memory is exhausted, and batteries are drained. Some have been rocked by hacking scandals, blackmailed into campaigning as a puppet of the nefarious with the hope of having their drive contents unencrypted. Many more have powered down or gone into kernel panic under the constant pressure. Several, however, have endured and stood out on the trail, winning over business audiences with fancy new features or distinctive good looks.

Our crack election reporter believes in well-informed voters. Let’s take a closer look at the major OS political parties and the notebook candidates that may square off in the general election.

For nearly 30 years the Winublican Party has enjoyed strong support among business voters around the globe. The party espouses to be business friendly, offering full management capabilities with a strong emphasis on security. Winublican voters are increasingly mobile, particularly in the post-pandemic era as companies embrace flexible and work-from-home schedules.

There is incredible competition in the Winublican Party, as most OEMs put out dozens, and sometimes hundreds, of potential candidates every year. To reach the top of the ticket, a notebook must offer compelling performance, distinctive styling, and the features important to the base. 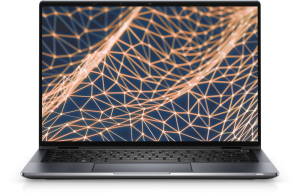 The first 13-inch device in Dell’s top-of-the-line 9000 series of Latitude notebooks may have what it takes to win over business professionals with its 2-in-1 form factor and enhanced collaboration features. It’s the thinnest notebook in the portfolio with a 16:10 InfinityEdge display and packs the performance and connectivity hardware voters demand like 12th Gen Intel Core Processors and Wi-Fi 6E.

That alone won’t help it stand out, but the 9330 has promised to make mobile work better and safer. In one campaign commercial it vowed to fight onlookers with Intelligent Privacy, concealing information on the screen when it detects someone peeking over your shoulder. It says it will dim the screen automatically when you look away, helping save valuable battery life, and promises to use its dual electromechanical webcam shutter to lock out snoopers. Finally, the 9330 is wowing potential voters with its collaboration touchpad, offering buttons that magically appear there to control core commands in Zoom meetings like mute/unmute, video on/off, screen share, and chat. 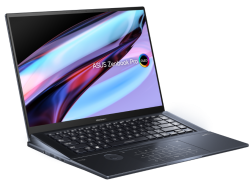 This candidate materialized out of nowhere in May and has a simple message to voters: Compromise isn’t going to win in a hard-fought general election.

And compromise it does not with its up to 12th Gen Intel Core i9 Processor, NVIDIA GeForce RTX 3060 GPU, up to 32GB of LPDDR5 memory, and up to 2TB PCIe 4.0 SSD. Its display grabs eyes and doesn’t let go, thanks to the 100% DCI-P3 16:10 4K OLED HDR NanoEdge touchscreen. It immediately stands out from other contenders with before-unseen features, such as its Active Aerodynamic System Ultra that auto-tilts the keyboard 7 degrees to a comfortable typing angle and helps keep it cooler under pressure. It has two additional tricks up its sleeve that others don’t: an innovative dial that allows fingerprint control of creative parameters in Adobe applications, and an extra-large haptic touchpad with number pad entry. Not all voters may be interested in these features, but still, the candidate makes a lasting impression.