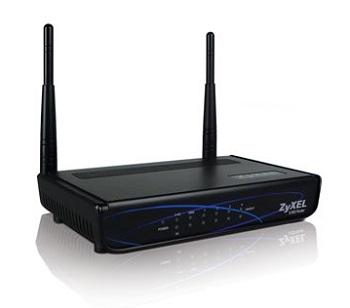 Responding to demand for speeds required for video media streaming, online gaming, and telephony applications for PCs, tablets, and smartphones, the 802.11ac standard takes advantage of the minimal interference offered by the 5GHz band as compared to the 2.4GHz band. For backward compatibility, all ZyXEL routers operate simultaneously on both 2.4Ghz (11n) and 5Ghz (11ac), allowing both types of devices to connect at the same time without interfering with performance. The USB adapters are compatible with both 5Ghz 11ac and 2.4Ghz 11n.

ZyXEL's NBG6716 Router is an AC1750 device, delivering 1.3Gbps throughput in the 5Ghz band and 450Mbps in the 2.4GHz band. It also boasts a performance optimization technology to ensure the NBG6716 can identify different types of traffic and manage them as needed.

Unlike typical QoS technologies, NBG6716's optimization technology includes a cloud-based service that automatically pushes the latest app management profiles to the router, so the rules are always current. Not only does the technology optimize quality of service based on packet priority, but adds the ability to automatically allocate bandwidth for different applications based on their bandwidth requirements, helping to ensure a positive experience for every user on the home network.

ConnectWise Warns MSPs: Get Serious About Security Soon or Else
10 Things to Explore at ChannelCon Online 2021

For Tech Data, Dedication to Diversity Starts at the Top
New Microsoft Defender for Enpoint public blog
Identity as a Service for Public Safety: Draft NISTIR 8335 Available for Comment
END_OF_DOCUMENT_TOKEN_TO_BE_REPLACED

Jabra PanaCast Review - Get Your Huddle On
END_OF_DOCUMENT_TOKEN_TO_BE_REPLACED