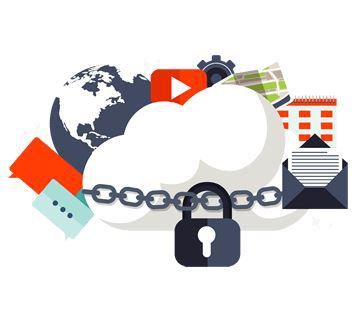 Named Aurora and due to reach market in December, the new system is designed to help users of Fortinet’s FortiSIEM more easily manage and operate that complex system. By Rich Freeman
Tweet

Called Aurora and slated to enter general availability in December, the new tool is designed to help managed service providers and managed security service providers who use FortiSIEM, from Fortinet Inc. of Sunnyvale, Calif., manage that complex system more easily.

“If they have a SOC but they’re finding it challenging to manage and track with SIEM technology, they can leverage Aurora’s capabilities to simplify some of those processes,” said Vijilan CEO Kevin Nejad in an interview last week at the ChannelPro SMB Forum event in Boston.

The rising tide of cybercrime has MSPs and MSSPs with modest in-house security know-how increasingly investing in SIEM products like FortiSIEM, Nejad notes.

“In a matter of a few months, they realize how challenging it is,” he says. “Finding people with the right skill set is really challenging. Being able to retain them is also very challenging.” Aurora, Nejad continues, is designed to ease those issues by handling basic SIEM management duties automatically. “It fills in that gap,” he says.

The system will integrate with the ConnectWise Manage and Autotask PSA platforms at launch, and will gain the ability to provide breach remediation guidance and directions early next year.

Vijilan rolled out an outsourced SIEM management service named ThreatRespond Enterprise late last year. Aurora will give MSPs in need of SIEM assistance a second option that does not involve offloading labor.

Aurora will come with three subscription-based pricing tiers. An entry-level base edition of the package will offer everything most MSPs need to automate SIEM management. More expensive advanced and premium editions of the product will add more sophisticated functionality, such as extended analytics and reporting. An upgrade path will be available for users whose requirements grow over time.

“Our goal is to let them start improving their SOC operations, and then if need be they can add other features that are available,” Nejad says.

Discounted pricing schemes for the rest of Vijilan’s products, introduced earlier this year, have been key contributors to the 400 percent growth Nejad says Vijilan has experienced in the last 12 months. The company previously charged a flat $99 per month for each device under management, a rate that made scaling the solution cost-effectively difficult for many MSPs.

“We are 100 percent American-based, our technology people are right here in the U.S., we keep all the information right here in the U.S., we don’t outsource anything, and everything is developed in-house,” Nejad says. “As a result of that, of course, the price cannot be as cheap as some of the other providers who are outsourcing their SOC or their SIEM to other countries.”

Under the new pricing model, per-device rates drop by up to 50 or 60 percent as an MSP adds customers, and as those customers add endpoints. “That discount is very attractive to most MSPs,” Nejad says.

Jabra PanaCast Review - Get Your Huddle On
END_OF_DOCUMENT_TOKEN_TO_BE_REPLACED