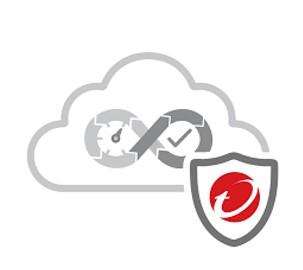 Enhancements to the vendor’s Cloud One platform introduced ahead of Amazon’s re:Inforce security conference let end users shift hosting and processing burdens from their own environments to Trend Micro’s. By Rich Freeman
Tweet

Trend Micro has unveiled additions to its Cloud One platform designed to make intrusion prevention and protecting containerized workloads easier and less costly for users of the Amazon Web Services public cloud.

The security vendor announced the new features on the eve of Amazon’s re:Inforce cloud security event, which takes place this week in Boston.

The intrusion prevention upgrade, which is now in public preview, lets businesses replace the multiple virtual appliances they currently use to safeguard virtual AWS networks with compact gateway load balancers connected to a single, centralized virtual appliance hosted by Trend Micro itself.

“If you had a very segmented system with many separate networks or [virtual private clouds] for each different project, you could end up with a lot of different appliances running that traffic inspection,” observes Mike Milner, Trend Micro’s vice president of cloud technology. The revamped model eases deployment and management burdens for end users and saves them money by lowering consumption of cloud compute resources, he continues.

At present, only AWS provides the underlying infrastructure needed to support the new feature, but Trend Micro hopes to offer similar capabilities for Microsoft Azure and Google Cloud Platform in the future. “That’s the general approach we take,” Milner says. “As other vendors have similar or related capabilities, then we will support those as well for sure.”

Much like the intrusion prevention update, the enhancement to Cloud One’s container security component, which is also currently in public preview, centralizes a distributed processing architecture that previously required users to deploy scanning resources individually to each of their Kubernetes environments.

The update is available for AWS, Azure, and Google Cloud Platform. Cloud One customers can use both it and the new intrusion prevention feature at no extra charge.

Introduced late in 2019, Cloud One is designed to provide all-inclusive protection for AWS, Azure, Google, and VMware environments. The system includes modules for application, file storage, network, container, and workload security, among others. Future upgrades, according to Milner, will offer automated, proactive guidance on identifying and mitigating vulnerabilities.

“We’ve relied on our customers and managed service providers to know which tools to use or to recommend for which problems,” he says. “Our big direction going forward, our bigger strategy, is that the platform itself needs to get smarter about helping our customers understand what tools they need when.”

Staying informed about cloud risks and countermeasures is an increasingly difficult task, Milner adds. “All of these cloud vendors are releasing new capabilities at an extremely fast rate,” he says. “It’s a challenge for security teams to keep abreast of these new technologies and know the best practices for securing them.”