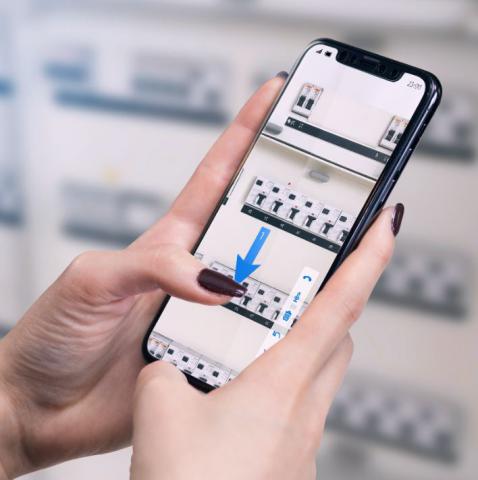 In addition to performance and technician productivity enhancements, version 14 of the vendor’s flagship product includes an augmented reality component that lets end users get interactive guidance on fixing technical problems via their mobile devices. By Rich Freeman
Tweet

TeamViewer has put version 14 of its flagship remote access and support solution into public preview.

The new software, which is slated to enter general availability on November 13th, includes an augmented reality component named TeamViewer Pilot that lets end users send images of malfunctioning devices with no internet connection to remote technicians via the camera in their smartphone or tablet, and then receive interactive guidance on fixing the problem, complete with animated pointers and other visual cues, in return.

“It’s the first step for us to carry our competence in remote support and remote access to the offline world,” says Oliver Steil, the CEO of TeamViewer, a German company with U.S. headquarters in Largo, Fla.

The new system, which TeamViewer characterizes as one of the first real-world, mass-market deployments of AR technology, is designed to save channel pros money and help their customers resolve technical issues faster by streamlining support interactions.

Pilot requires no special equipment and works on any mobile device with a built-in AR framework, like Google’s ARCore or Apple’s ARKit. “It’s very cost efficient and plug and play,” Steil says. “That was the purpose of this initial first step, to make it really easy to use.”

For now, Pilot is free to anyone with a TeamViewer license. Eventually, however, it will become an optional add-on for which users must pay extra. TeamViewer is still finalizing the licensing model for the new system, according to Steil, who notes that a free edition of the software for personal use will remain available to TeamViewer customers indefinitely.

Also included in TeamViewer 14 is a new, customizable user interface that allows technicians to create pre-defined support scripts and execute them with a single click. “It gives you a lot of flexibility to basically implement your own workflow that you are used to,” Steil says.

A number of further updates in the new release seek to improve system performance, especially over low-bandwidth connections. Those include enhanced compression functionality and new network path optimization technology. “We really try to make sure we get the best peer-to-peer routing when you set up a connection,” Steil says.

The company has also beefed up its globally distributed server and router infrastructure to support greater volumes of direct end-to-end connections that bypass TeamViewer’s corporate network. Among other things, those resources enable technicians and end users to communicate via the UDP protocol rather than the slower TCP standard, which according to Steil can be especially beneficial across low-speed connections.

“Under any circumstances our connections should be reliable, stable, and high-speed,” he says.

TeamViewer introduced a remote support solution for large organizations named Tensor last month. In June, it shipped an updated release of its IoT management solution with enhanced configuration, alerting, and troubleshooting capabilities, as well as real-time data and edge visualization functionality and support for custom monitoring plug-ins, among other new features.

Why Now Is the Time to Overhaul Your Managed Service Agreement
June 4th, 2020

The 5 Essentials from Your Endpoint Security Partner
END_OF_DOCUMENT_TOKEN_TO_BE_REPLACED