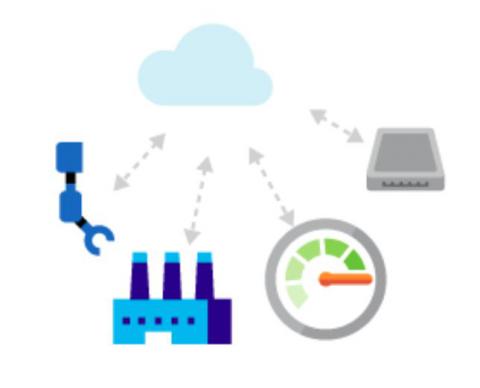 The deal gives SYNNEX partners access to Microsoft’s Azure IoT Hub solution, which will serve as the foundation and central point of control for end-to-end Internet of Things solutions combining hardware, software, and services. By Rich Freeman
Tweet

In an expansion of an already deep cloud distribution partnership with Microsoft, SYNNEX Corp. has added Azure IoT solutions to its roster of cloud offerings.

SYNNEX is investing heavily in an Internet of Things strategy aimed at helping its partners build, deploy, and support comprehensive industry-specific solutions combining data collection and edge computing hardware with software, services, and mobile connectivity. Azure IoT Hub provides a foundation and central point of control for such systems.

“For us, Microsoft’s definitely a big bet,” said Rob Moyer, vice president of cloud, mobility, and IoT at SYNNEX, in an interview with ChannelPro today. “Azure is a big part of our strategy moving forward.”

SYNNEX has staffed up in the last year on engineers with the know-how to help integrators incorporate Azure in IoT solutions and verify Azure’s compatibility with different combinations of IoT devices.

“It’s one thing to write a little code that can light up Azure, it’s another thing to validate that all the devices and sensors and gateways properly work [and] can get you the data in the format you need it,” Moyer says. “That’s something that partners don’t have the bandwidth to do. We do.”

Moyer’s organization is also adding consultants with line-of-business experience in education, transportation, and other core verticals to provide solution design and delivery advice.

“It’s a different dynamic of the way we’re helping our partners,” Moyer says. “Our job is to augment their capacity, and if you look at their skill sets they don’t have the scale of our organization. They actually appreciate when we can go in and talk to the end users with an expertise other than just technology.”

SYNNEX is already a major supplier of Office 365 licenses to members of Microsoft’s Cloud Solution Provider program and others. Sales to SMBs through the SYNNEX CLOUDSolv marketplace increased 36 percent in 2017, double the growth of the distributor’s SMB business overall.

“It was a breakout year,” Moyer said during the Varnex meeting’s general session this morning.

Though revenues from Google’s G Suite productivity apps, cloud-based Wi-Fi solutions, firewall-as-a-service products, and other hosted offerings were all up last year, Office 365 accounted for the lion’s share of that growth.

Moyer expects Azure to make an increased contribution to cloud income going forward, in conjunction not only with IoT solutions but with infrastructure-as-a-service deployments as well. Though most IaaS customers buy directly from Microsoft, Amazon Web Services, Google, and other platform operators at present, channel partners—and the distributors who serve them—are slowly grabbing a fatter share of that market.

“There’s going to be money there,” Moyer says. “We’re going to continue to be in that space.”