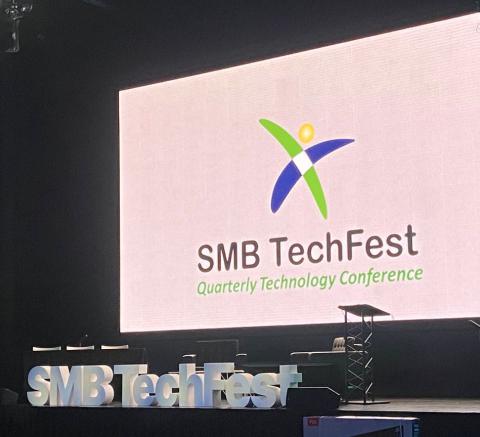 Drafting strategic business plans and generating leads were also on the agenda at the first of this year’s four quarterly conferences for VARs and MSPs. By Rich Freeman
Tweet

Doubling down on security and devoting more attention to customer experience were two of the keys to success for the year ahead discussed by speakers at the first SMB TechFest event of 2020.

Held last week in Irvine, Calif., the conference opened with a keynote address by retired FBI agent Brent Watkins, who is now CEO of cybersecurity consulting firm GlobalSec Partners LLC, in Las Vegas. Managed service providers, he warned, must protect themselves as well as their clients now that they’ve attracted the attention of hackers looking for end user credentials and entry points.

“MSPs have become the target because they are the keys to the kingdom as far as data goes,” Watkins said.

Protecting end users has become more challenging too, he continued, thanks to emerging technologies like the Internet of Things, which has filled customer networks with devices that RMM and network management systems often can’t detect, monitor, or manage.

“The big problem is visibility,” Watkins said. “When you don’t know what’s there, it’s hard to defend it.” 5G networking will only compound the problem, he added, by shifting workloads toward the edge of the network, where they’re harder to defend, and accelerating the speed with which exploits can propagate.

“It’s going to be a real tough security problem,” predicted Watkins. The most effective remedy to that problem and others, he counseled, is focusing on fundamentals like segmenting networks, keeping operating systems and applications patched, and backing up customer data.

“Ransomware is not a problem if you have backups,” observed Watkins, who advised listeners to test backups regularly as well.

Fundamentals also figured prominently in a keynote by Larry Walsh, president and CEO of channel consultancy The 2112 Group. Citing statistics from his company’s research, Walsh stated that 56% of channel pros have no sales plans or revenue goals at present, 59% have no strategic growth plan, and fully 73% have no strategy for cloud computing.

“There’s so much more headroom in the cloud market,” Walsh noted. “It’s almost criminal not to have some kind of plan for capitalizing on that.”

Failing to recognize the increasingly tight connection between customer satisfaction and channel success is equally dangerous, he emphasized. Post-sales customer support, promoting differentiated value propositions, and delivering value-added services will be the top three growth drivers for IT providers in the next half decade, Walsh stated. None of them is technical.

“I’m always looking at what’s hot, what’s happening in the marketplace,” says Dave Seibert, who runs SMB TechFest and is also CIO of IT Innovators Inc., an MSP and solution provider in Irvine, Calif. Additional TechFest shows will take place in April, July, and October, he continues, and each one will feature new content.

“I, by design, plan the shows each quarter, because each quarter there’s something that’s happening in our industry that makes it relevant for everybody to attend,” Seibert says. “That’s what keeps it fresh and exciting.”

Jabra PanaCast Review - Get Your Huddle On
END_OF_DOCUMENT_TOKEN_TO_BE_REPLACED