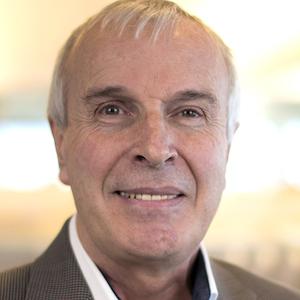 One of several changes to the cloud distributor’s leadership team, the appointment of John Walters (pictured) to the newly created post signals an increased emphasis on both international expansion and professional services. By Rich Freeman
Tweet

The new post will be occupied by John Walters, who was formerly the Greenwood Village, Colo.-based vendor’s senior vice president of service delivery. The addition of “global” to his title signals an increased focus on overseas markets by a company that has relied chiefly on North American customers to fuel high-velocity growth. Pax8’s revenue spiked 4,393 percent over the last three years, according to Inc. magazine, which recently named Pax8 the 68th company on its Inc. 5000 list.

“It’s core to what we’ll continue to do,” says Walsh of professional services. “We think that it’s an opportunity for us to help an MSP who’s trying to broaden their business line.”

Pax8 announced other leadership changes today as well. Susan Mitnick, who was previously vice president of Pax8 University, is now the company’s chief people officer. In her new role, Mitnick will be tasked with optimizing Pax8’s organizational structure for maximum agility amid rapid expansion.

Among his direct reports will be Craig Donovan, who is now Pax8’s vice president of partner solutions and responsible for ensuring that the company builds features and capabilities requested by MSPs into an expanding lineup of offerings that combine cloud-based services from third-party vendors with associated professional services.

“He’ll serves as a conduit back into the engineering team,” Walsh says. “Any feedback around the platform, he’s going to be in a position to take it and do something with it.”

The MSP’s Role in Solving the IT Skills Gap
Best IT Certifications for Beginners
Bridging the Skills Gap: Funding Skills Programmes
END_OF_DOCUMENT_TOKEN_TO_BE_REPLACED