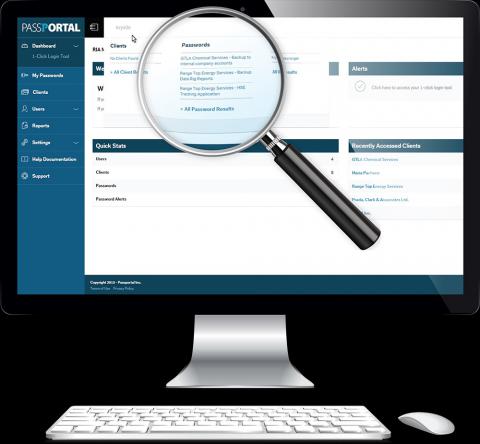 Under a new agreement announced today, ConnectWise’s sales team will promote Passportal’s solution, which now integrates with the LabTech RMM system, to its customers. By Rich Freeman
Tweet

ConnectWise now promotes Passportal’s flagship solution—which enables MSPs to store passwords centrally, control access to them, reset them, and more—to users of the company’s PSA and RMM solutions, via both its sales team and its online solution marketplace.

In addition, Passportal’s software, which integrated with ConnectWise’s PSA platform previously, is now available as a native plug-in for the LabTech RMM solution as well.

“We’ve dropped it into the screen that technicians already live in all day long every day,” says Colin Knox, Passportal’s founder and CEO, and a former MSP. As a result, he continues, LabTech users no longer need to jump between systems when dealing with password-related customer issues. According to Knox, Passportal will achieve a “trifecta of integration” with ConnectWise applications within the next few weeks when it provides similar capabilities to users of the ScreenConnect remote connectivity solution.

The origins of today’s announcement stretch back to last fall, according to Dan Wensley, Passportal’s president.

“This has been six months in the making,” he says.

Passportal and ConnectWise finalized the deal in December and introduced it to the latter’s salesforce the following month, along with the LabTech plug-in. That product has been in “soft launch” mode ever since.

Though Passportal integrates with PSA software from Autotask Corp. and more recently Tigerpaw Software Inc., LabTech is currently the only RMM solution it connects with.

“We are open to do more,” says Wensley, who notes that Passportal has been busy on other fronts too. The company recently signed a U.K. distribution agreement with Brigantia Partners Limited and released Passportal Lite, a new version of the Passportal solution that lets MSPs provide self-serve password reset capabilities to customers using Microsoft Active Directory. Available for $1 a year per user, the solution saves both channel pros and their clients time, and therefore money.

“If we can eliminate dozens if not hundreds of tickets in a year for simple password resets, we are lowering their costs,” Wensley says.

All of that follows what Wensley characterizes as a booming year for Passportal, in which the company grew revenue 550 percent and increased its staff by more than 50 percent.

Interested MSPs can find information about Passportal’s integration with ConnectWise and LabTech on a recently published microsite.

ICYMI: Our Channel News Roundup for the Week of March 23rd
END_OF_DOCUMENT_TOKEN_TO_BE_REPLACED