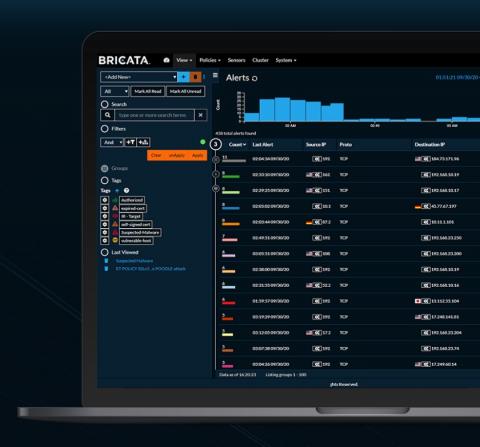 The deal, which comes two weeks after OpenText’s acquisition of Zix and two years after its purchase of Carbonite, is the latest step in a larger campaign to build an end-to-end “cyber resilience” platform. By Rich Freeman
Tweet

OpenText has acquired network detection and response vendor Bricata in a move that further widens its growing portfolio of security solutions for businesses and consumers.

Bricata’s solution is designed to consolidate behavioral data on network-connected users, applications, and devices, including Internet of Things hardware, both on-premises and in the cloud. Built-in threat hunting and forensics functionality, the company says, helps screen out false positive alerts, while integrations to third-party SOC and SIEM platforms deliver information on legitimate dangers to security analysts in real time. The product is used primarily by enterprises, according to Bricata, including global consultancy PwC and 1-800-Flowers.com.

“As organizations benefit from digitization and the move to the Cloud, they also face new risks and challenges from cyberattacks”, said Mark Barrenechea, OpenText’s CEO and CTO, in prepared remarks. “The addition of the deep-visibility Network Detection & Response solutions provides increased protection for our customers, allowing them to focus on productivity.”

OpenText acquired email security and compliance vendor Zix earlier this month. Both deals are part of a larger campaign to build an end-to-end “cyber resilience” platform that began two years ago when OpenText purchased Carbonite, which had itself bought Webroot earlier the same year. With the addition of Bricata to its holdings, the company says, customers can now collect and analyze data from endpoints, email, networks, web servers, and the cloud.

Other vendors, including Acronis and Datto, are also building cyber protection suites combining security with BDR to help organizations efficiently guard against attacks, detect and respond to successful ones, and recover lost or corrupted data if all else fails.