New CompTIA Council to Focus on Broadening the IT Workforce 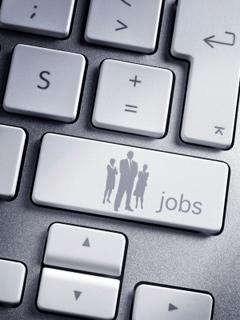 The new Global IT Workforce Council will be made up of organization members as well as IT, academic, and government leaders with a shared need for IT talent. By Admin
Tweet

Non-profit trade association CompTIA announced this week that it is launching an initiative aimed at bringing IT professionals together with academic and government leaders to discuss the growing need for additional skilled IT professionals in the channel.

The announcement of the new effort, dubbed the Global IT Workforce Council, was made at CompTIA Breakaway. More than 1,100 IT channel pros attended the trade conference.

The new council will be comprised of up to as many as 15 CompTIA members. Other members will include IT industry leaders, the academic, education and training communities, and leading government advocates who “share a common interest in developing new waves of IT workers,” according to CompTIA.

“The council will bring together leaders from the public and private sectors to identify and promote current strategies and develop new ideas to address the need for large numbers of skilled IT workers both in the United States and in other countries,” says CompTIA president and executive director Todd Thibodeaux.

The full roster of council members will be announced later this year. The council will focus its initial discussions on the U.S. market, but will extend its activities into other major countries around the world.

“Although many individuals and organizations are addressing the workforce issue, these efforts are often narrowly-focused on immediate, short-term needs,” Thibodeaux says. “The council will take the best of these individual efforts and turn them into a broader, more unified strategy that extends beyond a single corporate boardroom or national border.”

In a press release submitted to Channel Pro-SMB, CompTIA explains that a key message of the council will relate to the promotion of IT as a rewarding career path. “While many jobs require individuals to attain a high level of technical expertise, there are many other IT-related opportunities in sales and marketing, client relations, project management and logistics,” adds Elizabeth Hyman, CompTIA’s vice president of public advocacy. “Attracting the best and brightest in all business areas is crucial to the long-run success of the IT industry.”

LG Gram for Business 17 (2020): Big Reasons to Like It
END_OF_DOCUMENT_TOKEN_TO_BE_REPLACED