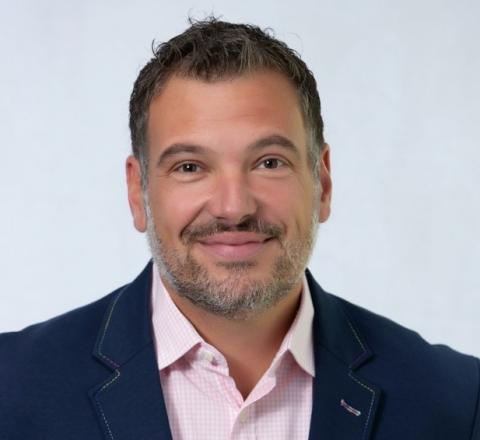 Per chief revenue officer Craig Joseph (pictured), the new program has one tier and one deliberately modest membership requirement: enrolled partners must commit to purchasing at least $50 of Mailprotector licensing in each 30-day contract period. By Rich Freeman
Tweet

The email security vendor announced the program, which is specifically designed around the needs and preferences of MSPs, at this week’s ChannelPro SMB Forum event in Dallas.

The new program has one tier and one deliberately modest membership requirement: enrolled partners must commit to purchasing at least $50 of Mailprotector licensing in each 30-day contract period.

“We don’t do three-year or one-year contracts,” says Craig Joseph, Mailrprotector’s chief revenue officer. Most MSPs, he adds, do business the same way.

“In the world that we live in today, very few MSPs are holding customers to a long-term contract, so we took it down as low as we could—$50, 30 days,” Joseph says.

Pricing on Mailprotector products is uniform for all members, with tiered discounts based on volume. As an added incentive, there is no pro-rated billing for partial contract periods.

“A new customer is only billed at the next billing point,” Joseph explains. “If you enter a customer’s details 29 days before your billing point, it’s free. We’re not going to back charge you to the date it went live. We will just bill you from your next billing point.” The goal, he continues, is to give partners a little extra margin when landing new accounts.

Other benefits include free customer onboarding assistance and access to an expanded MDF budget. “We’ll do a 50% match,” Joseph says. “Whatever the partner puts in, we’ll put in.”

In a further announcement at ChannelPro’s Dallas SMB Forum, Gradient MSP revealed that Mailprotector is now the first of 80 participating vendors in Gradient’s Synthesize program to put the Synthesize integration hub into full production.

According to Joseph, the Gradient integration and the new partner program aren’t the only areas where Mailprotector has been investing in recent months. The company’s developers have been working as well on a “revolutionary” but still confidential email security product that is “simplistic by design, yet extremely powerful.” It is scheduled to launch during the third quarter of the year.

That project, and accelerated hiring in the company’s partner success team, are both examples of how Mailprotector is deploying the $5 million in funding it raised through venture capital and growth equity fund Ballast Point Ventures early in 2020.

Joseph himself, who stepped into his current job in March following prior posts as chief alliance officer at Acronis and CEO of cloud distributor intY, is further evidence along with the new partner program of an increased emphasis by Mailprotector on channel recruitment. The company currently has close to 1,000 partners and aims to add thousands more.

ChannelPro 5 Minute Roundup for the Week of January 23rd, 2023
END_OF_DOCUMENT_TOKEN_TO_BE_REPLACED