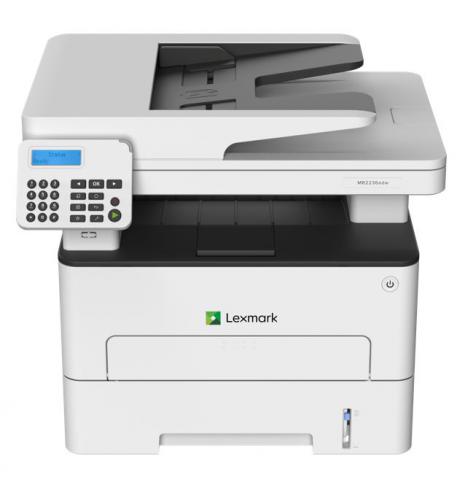 Part of an ongoing campaign to expand beyond the company’s traditional base among large businesses, the new Two Series is Lexmark’s first family of laser printers specifically tailored to the needs of micro-workgroups and small businesses. By Rich Freeman
Tweet

Lexmark International Inc. has introduced a new line of printers aimed at helping the manufacturer expand beyond its traditional base among large businesses into the SMB segment as well.

Available now in North America and scheduled to roll out worldwide in coming months, the new Lexmark Two Series is the company’s first family of laser printers specifically tailored to the needs of micro-workgroups and small businesses, according to Sammy Kinlaw, Lexington, Ky.-based Lexmark’s vice president of channel and OEM sales.

“If you look at the laser category today, it’s roughly 34 million devices, and we’ve competed in the upper half of that stack,” he says. “We’re going to double our addressable market based on this product line.”

The MB2236adw also prints 36 pages a minute, offers a 30,000-page duty cycle, and comes with a 1 GHz dual core processor and standard Wi-Fi. Unlike its single-function sibling, however, the multifunction unit weighs 22 lbs., provides 25 page-per-minute mono simplex scanning, and features both 512 MB of memory and a simplex automatic document feeder. It lists at $229.99.

Both devices support setup, configuration, and printing on the go via Lexmark’s mobile app. Toner cartridges are available in 1,200-page, 3,000-page, and 6,000-page sizes priced at $44.99, $79.99, and $159.99 respectively. The largest of those options, according to Parker, helps small businesses and MSPs minimize truck rolls to branch offices without in-house IT staff.

Additional Two Series devices will reach market later this year. According to Kinlaw, all of them will be engineered to the requirements of smaller businesses. “The products are small, compact, lightweight, secure, and fast,” Kinlaw says, adding that they’re priced to fit SMB budgets as well.

Kinlaw, an IBM and Lenovo veteran who stepped into his current post roughly a year ago, is in the midst of an ongoing campaign to increase Lexmark’s single-digit printer market share by adding new SMB partners and doing more business with existing ones. That initiative includes the debut last fall of the company’s SMB-targeted GO Line of printers and the launch of new cloud-based fleet and print management solutions.

According to Kinlaw, those efforts have collectively generated 7- to 10-percent growth across core market segments to date. “I’m really, really thrilled with the results that occurred last year in North America,” he says. “The market is not growing, so for me to grow positive year over year I had to grow at a premium to the market.”

That Lexmark all but completely refreshed its printer catalog last year, turning over 92 percent of its portfolio, contributed to those results, Kinlaw adds. “That only happens every five years or so in the print space,” he says. “We had a lot of good things to talk about and a lot of reasons for our partners to consider us.”