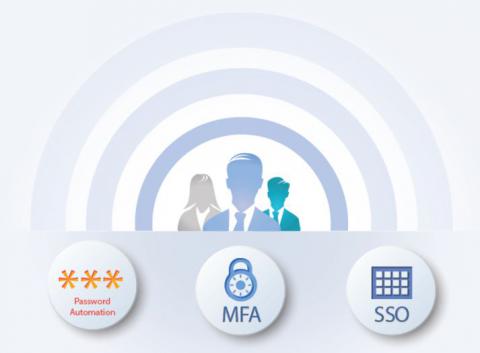 “It allows our customers to host a cloud directory that interfaces with hybrid IT scenarios where on-premise directories may not be available, and removes many of the complexities of enterprise-class federation[,] making it available to everyone,” writes Epp in emailed comments.

Together with AuthAnvil On-Demand’s enhanced multifactor authentication (MFA) and sign sign-on (SSO) functionality, the Universal Directory enables MSPs to centralize client-level authentication policies in a single hosted identity repository, and then apply them wherever users seek access to protected applications.

“In others words, make the decision once, and automate the delivery of those security decisions everywhere,” Epp writes.

In conjunction with today’s launch, Kaseya has also released a totally redesigned version of its AuthAnvil Authenticator app that’s capable of providing unified multifactor authentication for solutions from Dropbox, Google, Microsoft, and dozens of other vendors, many of which offer their own MFA tools.

“No more need to have a boat anchor of soft tokens for all your different services,” Epp writes.

Though Kaseya will continue selling and supporting the legacy, on-premises edition of AuthAnvil, it ultimately expects AuthAnvil On-Demand to supplant it.

“Over time we believe our customers will move to the On-Demand version where we can embrace next generation technologies we just can't offer on-premise,” writes Epp, who notes elsewhere in his email that the Universal Directory is an example of such technologies. That feature will be available exclusively in AuthAnvil On-Demand. Epp also observes that AuthAnvil On-Demand’s SSO feature can ease the migration process for users of the legacy edition of AuthAnvil by providing a single identity directory for the product’s cloud-based and on-premises editions.

According to Kaseya, MSPs can use AuthAnvil On-Demand three ways:

“The IDaaS market is expected to double over the next two years representing an area of explosive growth,” said Kaseya chief product officer Mike Puglia in a press release. “AuthAnvil On- Demand empowers MSPs to capture this opportunity and rapidly build and deploy profitable service offerings in the end-user security space.”