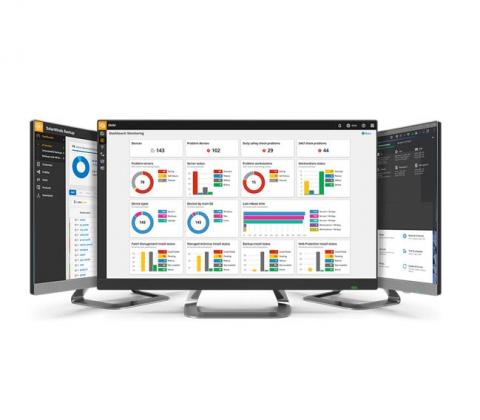 The former SolarWinds MSP will spin off from parent company SolarWinds to become an independent business entirely focused on managed service providers in a much-anticipated transaction under consideration since last August. By Rich Freeman
Tweet

Independence Day for N-able falls on July 12th this year.

That’s the date the current SolarWinds unit, formerly known as SolarWinds MSP, will become a separate, publicly traded entity in a much-anticipated transaction under consideration since last August, according to a press release quietly posted last night.

Officially, July 12th is the “record date” for the spin off. On the “distribution date,” July 19th, current holders of SolarWinds stock will receive one N-able share for every two of their SolarWinds shares.

N-able will trade on the New York Stock Exchange under the symbol “NABL,” joining Datto as the other major name in RMM, PSA, and BDR solutions with public ownership.

SolarWinds launched SolarWinds MSP just over five years ago when it acquired cloud-based RMM developer LOGICnow, a deal that itself came some three years after the purchase of RMM pioneer N-able. SolarWinds MSP combined both businesses in a single subsidiary.

The group adopted N-able as its new name last December in anticipation of an IPO, and also to discourage associations between its name and that of its parent company, which was the victim late last year of a highly publicized supply chain attack involving its Orion IT management platform. None of N-able’s products were compromised by that breach, the company has since said repeatedly.

As N-able President John Pagliuca disclosed during N-able’s annual Empower partner conference earlier this month, SolarWinds will no longer have a stake in N-able following the spin-off. “We will be two completely separate businesses, two completely different owners. SolarWinds will really have nothing to do with N-able on a go-forward basis,” he said.

Echoing comments he’s been making for many months, Pagliuca told Empower attendees that becoming an independent company will allow N-able to focus exclusively on deepening its portfolio and enriching resources like its customer success organization and “Head Nerds” team of in-house subject matter experts.

The former SolarWinds MSP has been expanding beyond its roots in RMM and PSA software since its creation to offer an increasingly expansive portfolio of products that MSPs can run their business with and sell to end users. Adding security capabilities has been a particularly strong priority that the company has pursued through acquisitions of password management and documentation vendor Passportal, access rights management vendor Protected Networks, and spam filtering vendor SpamExperts, among other firms.

More recently, N-able has been augmenting the capabilities of its product family through integration pacts with third-party vendors, including Microsoft, SentinelOne, and Cisco Meraki. At Empower, the company disclosed that it will roll out DNS filtering functionality later this year through a partnership with DNSFilter.