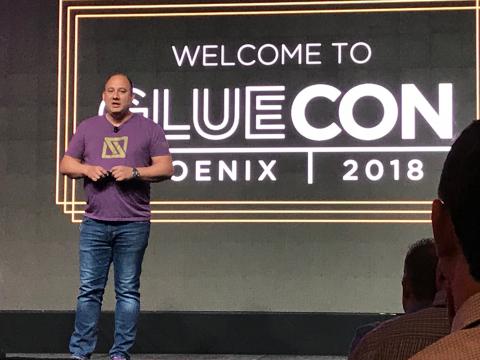 IT Glue has added integrations with Microsoft Office 365 and Cisco Meraki to its managed services documentation solution, and plans to add support for software from Auvik Networks Inc. as well.

The Vancouver, B.C.-based vendor made those announcements and others this morning at its GlueCon 2018 partner conference, which is current taking place in Scottsdale, Ariz.

Other enhancements introduced today include the ability to preview Microsoft Office files directly inside the IT Glue interface and to store a variety of files inside the IT Glue data store, rather than as attachments to documents.

The Office 365 integration allows MSPs to synchronize contacts in their IT Glue deployment with Office 365 user records and automatically import data about mailboxes and email addresses, among other items. Technicians had to add that information to the system manually in the past.

“Now you just turn on the integration and all this data comes in,” said Luis Giraldo, IT Glue’s vice president of product, in an interview with ChannelPro yesterday.

At present, IT Glue collects organization and user information only from Office 365. The system will begin importing asset information as well within the next few weeks.

“You’ll be able to go into a customer organization in IT Glue, for instance, and be able to see a summary of all the licenses that they have,” Giraldo says.

The system will also show how many purchased licenses aren’t being utilized yet. “In many cases, the MSPs are actually the ones selling the [Office] 365 licensing to customers, so it’s in their interest to have visibility over what’s actually not being used so they can adjust, lower the counts, and save money ultimately,” Giraldo says.

Users must have delegated administrator rights to a customer’s Office 365 account to utilize the new functionality, and also go through a one-time setup process that involves creating and running a small application in Microsoft Azure.

“It’s one of the more complex integrations we’ve launched,” Giraldo says, citing the intricacies of Microsoft’s backend infrastructure as the cause. IT Glue has published a knowledge base article designed to walk users through the steps they must perform to connect with Office 365 accounts.

The Cisco Meraki integration collects user and organization data, plus detailed information about access points, firewalls, routers, and switches such as serial numbers and MAC addresses. “All those devices are imported automatically and kept updated, very much like an RMM integration,” Giraldo says.

Technicians must have administrator access to all of their Cisco Meraki customers to use the new feature.

The Auvik integration will provide access to information inside the Waterloo, Ont.-based company’s flagship network management solution. “We are still working together to bring this to its final stages,” says Giraldo, noting that the functionality relies on an API that Auvik is currently completing.

That interface will begin shipping next month, according to Patrick Albert, Auvik’s associate vice president of product. “We have a lot of great information in our product,” he says. “Putting that into a documentation platform has been a very, very highly requested feature for a while.”