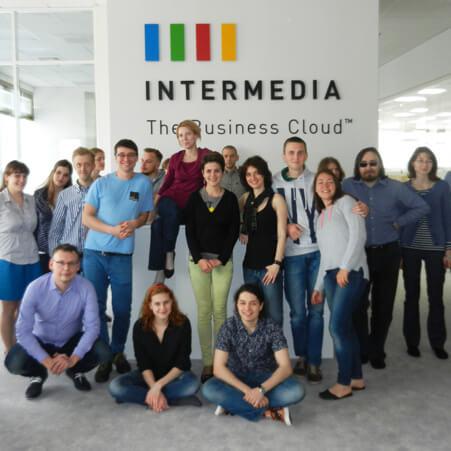 Looking to double revenue in the next four years by helping partners close more and bigger deals, the cloud business applications provider plans to increase its newly reorganized sales organization by nearly 70 percent in 2017. By Rich Freeman
Tweet

The moves are part of an aggressive effort to double the company’s revenue from just over $200 million today to some $400 million within the next 4 years, according to Eric Martorano, Intermedia’s senior vice president of worldwide sales.

“In order to do that we believe we have to continue to be a channel-first company and put an organization and leadership team together to help our partners succeed,” he says.

“We’re all in for the channel,” Martorano asserts, noting that the company is backing that strategy with significant investments in new people and tools.

“We’re talking millions of dollars,” he says. “I’m increasing my sales organization by close to 70 percent over the next 12 months just to support our channel.”

The partner management team will include the direct and phone-based inside resources Intermedia has historically used to support its partners, as well as a new team of outside reps under the leadership of Eric Roach, the company’s recently hired global vice president of field channel sales and distribution.

Roach’s managers will work with Intermedia’s top partners, as reflected in their commitment to co-marketing and demonstrated sales growth. Each field rep will cover approximately 30 accounts.

An even smaller set of the largest and most productive partners will be managed by a new team led by director of partner development Corey Nagel, another recent addition to the sales organization.

Martorano is significantly staffing up Intermedia’s inside partner management force as well to ensure that all of the company’s resellers get more help and attention. When that effort is complete, the ratio of partners to inside account reps will stand at about 100 to 1, versus today’s 500 to 1.

Intermedia is augmenting its sales enablement team too. The company currently has 2 technical sales engineers to assist partners with opportunities, but plans to raise that number to more than 10. It’s also developing a partner concierge desk to provide on-demand answers to sales-related questions and a squad of trainers who will perform webinars and live events.

“We’ll be putting on a significant amount of channel readiness activity over the next 12 months,” Martorano says.

“We want to make sure that we have the infrastructure in place to support the growth we want,” Martorano explains.

New and enhanced product offerings will be a major focus in 2017 as well for Intermedia, especially in the security and cloud PBX markets.

LG Gram for Business 17 (2020): Big Reasons to Like It
END_OF_DOCUMENT_TOKEN_TO_BE_REPLACED