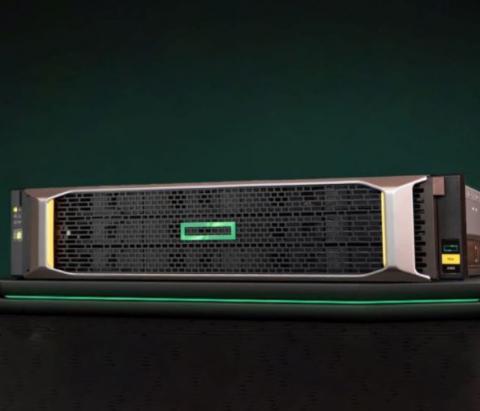 “HPE has continually built on and refined the MSA product family for six generations, focusing on the balance between performance and affordability, as well as looking at the simplicity and customer experience,” said Chris Powers, vice president and general manager for big data and collaborative platform development at HPE, in prepared remarks. “HPE MSA is helping SMBs by delivering the performance and automation they need to keep their businesses running. We take pride in providing our customers with a reliable and fast solution at an affordable price so that their businesses can serve their clients efficiently.”

The new tiering functionality automatically moves data between fast but more expensive solid-state drives and affordable but slower hard disk drives to ensure that the most heavily accessed information resides on the speediest media. According to HPE, the technology improves performance by 2x to 4x over solutions equipped only with HDDs.

The enhanced cloud-based health check technology is designed to collect and search sensor data for known issues and use of best practices. According to HPE, utilizing the tool proactively eliminates 76% of MSA-related support calls.

MSA Gen 6 systems are available immediately at prices starting from $7,000. Their launch comes six months after HPE added a compact micro server for small office and edge locations to its lineup of SMB infrastructure offerings. That product too is available for as-a-service purchasing.

HPE announced plans last year to offer its entire catalog of products as a service by 2022.

The Road to Success Is Paved with Service
My CompTIA Cloud+ Favorites: 3 Topics to Watch
END_OF_DOCUMENT_TOKEN_TO_BE_REPLACED

Jabra PanaCast Review - Get Your Huddle On
END_OF_DOCUMENT_TOKEN_TO_BE_REPLACED