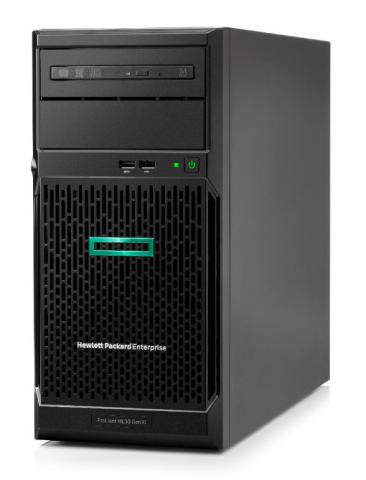 Introduced at the annual SpiceWorld conference in Austin, Texas, the two new offerings are designed to turn HPE servers, Aruba wireless networking products, and hybrid cloud software from Microsoft into “Wireless Office in a Box” solutions for companies in need of simple, secure, and affordable solutions. By James E. Gaskin
Tweet

Hewlett Packard Enterprise has unveiled two hybrid cloud solutions for small and midsized businesses that are designed to be both easy to install and easy to use.

HPE Rapid Setup Software, also included with the new products, is designed to cut system installation and configuration times from about five hours to 90 minutes. “It saves us 50 to 70 percent of our time now,” says Joaquin Ochoa, owner of subIT, an MSP in Miami Springs, Fla. “It’s so straightforward I can send interns out to do installations.”

Networking hardware and Wi-Fi access points from HPE’s Aruba unit complete the bundles. The ML30 ships with a 24-port switch (one half 1 gigabit and the other half PoE) and two OfficeConnect OC20 access points with mobile app and web portal support. A 48-port PoE switch and two Aruba 303 Enterprise Access Points accompany the DL20.

The two servers offer a range of Intel processor choices including Pentium, Core, and Xeon chips. Management enhancements include HPE’s Integrated Lights Out 5.0 software and its “Silicon Root of Trust” technology, for increased security.

The ML30 is rated for up to 25 users, and the DL20 can handles 50 or more, according to the manufacturer.

HPE describes both new offerings as “Wireless Office in a Box” solutions for businesses in need of simple, secure, and affordable solutions.

According to Minal Santhosh, senior manager of SMB solutions at HPE, every aspect of the two bundles is designed to save resellers time. “Where integrators used to take weeks to do an initial survey and understand the client’s business operations, and decide how to build the infrastructure, these systems can be defined in a few days,” he says.

Pointnext services and financing from HPE Financial Services are available on both offerings. Some of the included applications, including the Rapid Setup Software, are available now. The rest of the software, and both of the servers, will ship next month. No pricing details were provided.

ICYMI: Our Channel News Roundup for the Week of August 1st
END_OF_DOCUMENT_TOKEN_TO_BE_REPLACED