D&H Distributing Focuses on the 'S' in SMB 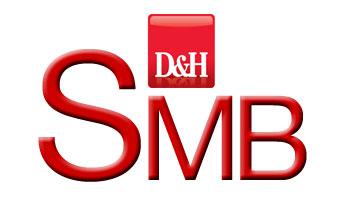 Electronics distributor D&H Distributing reached the end of its 2012 Fiscal Year on May 1. At that time, the distributor announced it had achieved double-digit sales growth during the fiscal year, with increased overall revenues of more than 10 percent.

According to D&H co-president Dan Schwab, the 10 percent growth can be attributed to its narrowed focus on VARs servicing small business.

“At D&H, we like to say ‘we focus on the ‘S’ in SMB,’” Schwab says. “We really believe our successful year is related to our laser-focus on the SMB reseller.”

Indeed, D&H Distributing regularly touts its “commitment to the true small reseller,” as a recent D&H press release states. “At D&H we really focus on the sub-250 SMB, with a primary focus on the sub-100,” Schwab says.

“Each year, we look to identify which categories are growing,” Schwab explains. “Then, what we do is build our programs and training education around those categories to help complement resellers.”

Trends in the SMB Space
Schwab believes the SMB market is in a continued “macroeconomic upgrade cycle.” Feeding into this status is a trend among manufacturers toward making SMB versions of enterprise solutions.

In short, Schwab says that vendors once focused on enterprise have since identified SMB as a market and have adjusted their offerings accordingly.

“What we’ve been seeing is a lot of tech vendors purpose-building products with the right price in the SMB market,” Schwab explains. “Managed networks, power over Ethernet, desktop-to-server environments--many of the products that were over-featured or over-priced are now focused on SMB.”

Schwab points to telecommunications and printing as two examples of the enterprise-to-SMB shift. “Voice over IP is just now hitting critical mass among small business,” he says. “Color printing is another example. It is now a cost-per-page that small businesses can handle themselves rather than outsourcing."

Schwab adds that many of the newly SMB-refocused products are a direct result of reseller feedback--feedback, he points out, that was facilitated by D&H and other channel players. “The vendors have done a good job of asking for feedback,” he says. “D&H has held [feedback] roundtables, and we survey our vendors regularly. It’s a 360-degree information flow among the vendors, D&H, the resellers, and SMB end-users.”

GEOFFREY OLDMIXON is a Massachusetts-based freelance writer and editor.