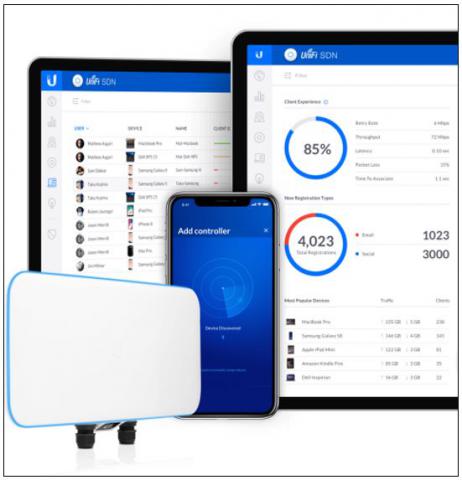 According to VP of VAR Sales Peter DiMarco, Ubiquiti’s UniFi portfolio offers affordability and ease of deployment that channel pros need to support distributed environments with multiple locations, as well as Internet of Things solutions. By Rich Freeman
Tweet

D&H partners have access to a wide range of supporting resources as well, according to Peter DiMarco, the company’s vice president of VAR sales.

“We moved from onboarding to full-blown execution in the last 30 days,” he says. “All of our presales engineers have been trained on Ubiquiti, as well as our sales teams.”

The Ubiquity product line, DiMarco continues, is a strong fit for channel pros and end users in need of cost-effective yet well-equipped Wi-Fi infrastructure. “The price to feature ratio is pretty strong,” he says.

Unlike some other wireless network vendors, DiMarco adds, Ubiquiti doesn’t charge separately for both hardware and management software. “That goes a long way with a lot of our partners that are SMB-focused,” he says. “They have to have predictable costs.”

Channel pros who support distributed environments, such as colleges and businesses with multiple branch sites, find the Ubiquiti portfolio’s ease of deployment attractive as well, according to DiMarco, who says the hardware’s combination of affordability and quick installation also suit it to healthcare organizations, state and local governments, apartment buildings, and other locations requiring wide coverage at reasonable prices.

“It allows us to have a piece of infrastructure that we can build upon,” says DiMarco of the UniFi product family. “As we continue to work with our partners and help them capture Internet of Things opportunities, we’ve got another partner in Ubiquiti that has a very versatile and deployable device.”

Infrastructure readiness is the core of D&H’s Internet of Things strategy at present. “In the future it could be a strategy where we’ve got specific applications and solutions that go beyond infrastructure,” DiMarco says.

Wireless networking has been one of several high-growth markets for D&H in recent years. The company recorded 19 percent revenue growth in that segment between May and December of 2018. DiMarco expects to see similar results for least the next two years to come as the number of mobile users and devices utilizing Wi-Fi for remote productivity continues to climb.