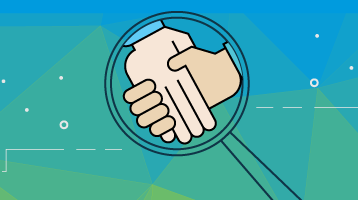 Called MartketNow and free to use for Datto partners, the new system quietly became generally available on May 29th, but Norwalk, Conn.-based Datto officially unveiled it yesterday at its 2017 North American partner conference, which concludes today in Denver.

A recently published Datto partner survey revealed marketing and sales to be the top 2 challenges for MSPs today. Arming partners to tackle those challenge benefits them and Datto alike, according to CEO Austin McChord.

“The only way that we make money is from our MSPs, and so we’re highly invested in their success,” he says.

“It’s our belief that helping to grow the MSP market ultimately is going to be good for us,” he says.

Based on technology from Pittsburgh-based sales enablement software maker Mindmatrix Inc., which provides marketing support to partners of Boston-based managed services software maker Autotask Corp. as well, MarketNow is a web-based, self-serve application that lets partners direct automated email and social media marketing campaigns at leads they upload to the system themselves.

The solution provides a library of pre-written white papers, e-books, and other resources for use in conjunction with those campaigns too. Datto has been providing collateral like that to its partners for a while, Rawlinson notes, but began developing MarketNow when experience proved that most MSPs lack the skills to use that content effectively.

“The content was kind of languishing to some extent,” he says. “We needed to give them the tools to get that content out to their end user prospects.”

At present, some 2,200 of Datto’s roughly 6,400 partners worldwide are using MarketNow. To date, those firms have uploaded some 175,000 contacts to the system, generated over 50,000 emails, and produced 500 qualified sales leads.

Though it isn’t responsible for any of those leads, RESULTS Technology is an early fan of MarketNow. The Lenexa, Kan.-based MSP has been using the system to distribute items from Datto’s library of security-related content to potential customers via LinkedIn, Facebook, and Twitter.

“It’s starting to build us up as a thought leader,” says company president Patrick Murphy.

In addition to MarketNow itself, Datto also introduced an associated add-on offering yesterday named MarketNow Concierge that allows MSPs to outsource campaign management to Mindmatrix marketing coordinators. That service, which normally costs Mindmatrix clients $400 a month, is available to Datto partners for $250 a month instead.

Datto conducted a lengthy selection process before choosing a marketing automation partner. According to Rawlinson, Mindmatrix won that competition because its software is both tailored to the needs of MSPs and highly intuitive.

“Pull somebody off the street and they’ll be using it within a couple of minutes,” he says. “It’s pretty easy to use.”

At present, MarketNow is compatible with RMM and PSA solutions from ConnectWise and Autotask. Datto plans to add support for additional platforms in the future, and will add new content to the system every 2 weeks as well.

Debuting alongside MarketNow this week at DattoCon were a variety of new BDR products, including an accelerated cloud backup solution and new stand-alone and rack-mounted all-flash backup appliances. Datto also announced that it’s adding RMM integration and a new managed power strip to its Datto Networking product family.

Which Conferences Should I Attend?
July 11th, 2019

Tuning for the Future with IoT
END_OF_DOCUMENT_TOKEN_TO_BE_REPLACED